LIOPETRI: New complaints from the 11-year-old's grandfather - "We are already counting the first losses from his vital organs"

New accusations are coming to light, this time from the grandfather of the 11-year-old - "We are already counting the first losses from his vital organs and the baby has started dialysis." 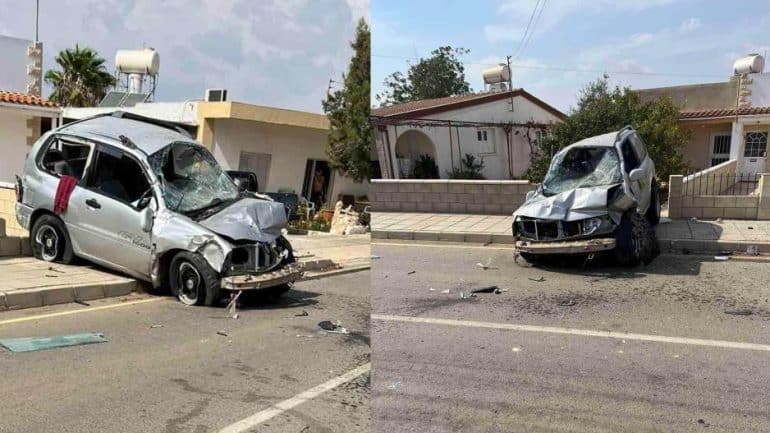 Intubated and in a critical condition, the 11-year-old Marinos, who was seriously injured in a car accident that happened in Liopetri last Wednesday, is still being treated in a private hospital, while at the same time the public debate on how and why was transferred to a non-GeSy hospital from the Makarios Hospital where it was originally located, is still in progress. The child's family publicly denounces the public doctors, claiming that because of what they did or did not do, the 11-year-old is now facing additional health problems, while OKYPY defends its doctors, saying that calling doctors from abroad is a practice that is followed very often.

Speaking to the media yesterday, the 11-year-old's grandfather spoke of an "attempt to cover up and justify mistakes at Makarios Hospital" and as he said, "we are already measuring the first losses from his vital organs and the baby has started dialysis". This, as he argued, "is due to the abuses of the large amounts of cortisone, morphine and another dangerous drug he was given."

The child's grandfather asserted at the same time that "usually two or three days later they try to wake up a child, see how the situation is going and move on. We asked them and they told us tomorrow, on Friday they told us a week. When the child is sedated, when will he wake up? That's where I started to suspect and I started taking actions to send a doctor from abroad to examine the child", he said, adding that "for the Ministry of Health to give the green light for the recall of the doctor from Greece means that it was needed. On Saturday when the doctor examined the child, he came down and told us that he is in a dangerous condition and must go to another place."

Responding to what the child's family claims, the press representative of OKYPY Charalambos Harilaou stated that "as OKYPY, we do not wish and do not have any legal capacity to keep any patient in the hospital, against his will". When Mr. Harilaou was asked about the recall of the doctor from Greece by the Ministry of Health, he referred for answers to the Ministry of Health.

"There are too many cases that are transferred from the private to the public sector either because they have post-operative complications after complex surgeries, or because there is not the required infrastructure and facilities, equipment in the private sector to handle these cases," he said and argued that "it is common practice to call doctors from abroad, either at the request of a patient and his relatives, or after approval by the Ministry of Health. It's not something that was done differently in this case." In conclusion, he stated that "after the doctor was recalled from Greece and the order to transfer the child to the private sector, the Greek doctor has been operating on specialized cases in the Makarios Hospital for the last two days".