Pyrillis: "Protaras and Famagusta will not become Pournara" (VIDEO)

The Mayor of Paralimni is intense about the transfer of immigrants from Pournara to Famagusta - Karousos: "2 million places have been lost in terms of tourists" 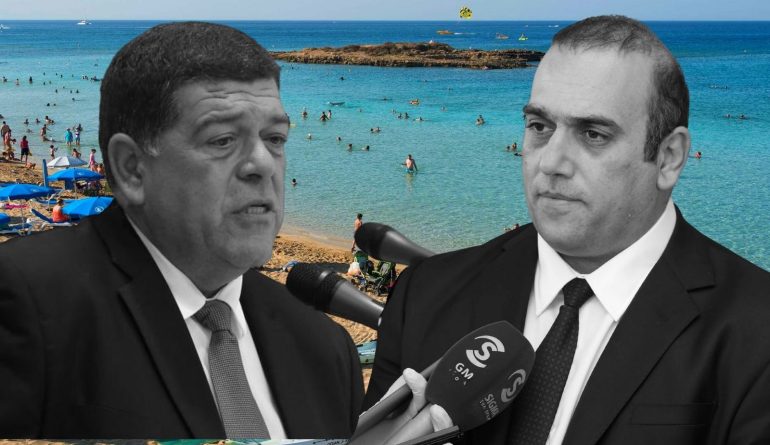 The government and competent bodies are making efforts to increase the fullness of flights and seats from different countries, in order to make up for a significant part of the loss of tourism from Russia and Ukraine, said today the Minister of Transport, Communications and Works Giannis Karousos.

In statements to Paralimni In response to a question, the Minister of Transport said that "in terms of air connectivity and how much it has been affected by the war in Ukraine, it is now a given that about two million seats have been lost which were available from these markets and efforts are being made to fill this gap by other markets ". It is, he said, "a process and some initiatives that were underway by both the Ministry of Transport and the Ministry of Tourism with which we have excellent cooperation and we have taken the initiative and we have seen almost all the major Airlines to see what is needed, so that we can convince them either to increase their flight program or to strengthen some that are based in Cyprus to strengthen their base with additional planes ".

See the statements as recorded by the lens of Famagusta.News:

Mr. Caruso He added: "We believe that we can make up for a significant part of the loss we will have from Russia and Ukraine. There are flights, there are markets and a collective effort is needed, both from the government and from the tourism operators, in order to increase the fullness of the other flights and places that are available because there are options ".

Giving an example, the Minister of Transport said that "in 2019 we had 150 available destinations to and from Cyprus. In 2021 we managed to have 158 and that was after the coronavirus, which means that proper work and planning is done and we will do everything possible to fill this gap "

He reiterated that "a collective effort is being made" and noted that "we as a Government will do what is required not even for the available connectivity and beyond that everyone to put their own stone so that these flights are highly full".

Theodoros Pyrillis: "Protaras and the Famagusta prefecture will not become Pournara"

On the other hand, Mayor of Paralimni Theodoros Pyrillis He said that "this year is expected to be a strange year for tourism according to the data we have today. "There is an increased interest from the English market and the Central European countries for tourism in Cyprus", he said and thanked both the Minister of Transport and the Deputy Minister of Tourism "for the efforts they make so that there is accessibility in Cyprus".

Mr. Pyrillis also called on "hoteliers to show a little restraint" because as he explained "in case the war is not generalized I believe that we will be able to continue and have a very good pace in our tourism development, which I believe will be done for First next summer and the following years ".

"The upgrades that have been made have now brought the place to a level where foreigners are now being asked to come here for their holidays," he said.

He also noted that "we have managed to raise the living standards of visitors visiting Ayia Napa and Protaras" and added that "a little restraint is needed."

"Some panic attacks will not benefit the place, but we should all work together to address the problems, especially the problems that some hoteliers may face with the banks," he noted.

He should have continued "all together to give the hoteliers a little more time because I personally believe in very auspicious conditions in the next period and in the future. The future belongs to us and the comments we hear from tourists are that they include Cyprus, Protaras and Ayia Napa in their hearts and as soon as the conditions allow them, they want to visit our place ".

Mr. Pyrillis also stated that "we have a diamond in our hands which was previously raw and now we have processed it for it and we have become a very attractive destination". "Let us believe in ourselves and in our strengths for the future to belong to us," he said, noting that any "hasty actions" could kill all the effort we have made over the years. "We should all think about the forest and not the tree," he said.

The Mayor of Paralimni also referred to the issue of transporting minors from Pournara to a hotel in the free province of Famagusta and sent a message to "all those in charge, because some are considering building some premises, either in Protaras or Ayia Napa, in places to host immigrants." I convey the message "hands down" to them ".

"Protaras and the free province of Famagusta will not become Pournara and get it out of their minds," he concluded.