Arbitrary interventions and constructions on the beach of Ayia Napa 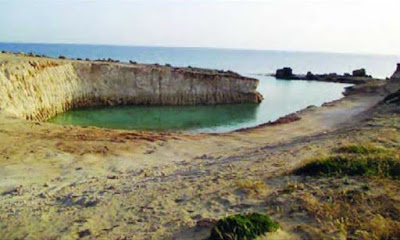 Obviously arbitrary intervention in an area included in the Natura 2000 network, near the beach "Ammos tou Kambouri" in Ayia Napa, has been carried out by a specific company since 2012 with the Police watching apathetically. An artificial "private" beach has already been created by removing rocks and cottages are being built in the Natura area (nature study path from Ayia Napa to Cape Greco sea caves). No permits have been issued for the project nor have any environmental impact studies been carried out.

The plan posted on its website by the company provides for the construction of nine luxury holiday homes, with private access to the beach which was created after the intervention of the company's workshops, which even removed the nature trail that passes through the area in this area.

It is noted that in the area so far there were only agricultural crops, dense bush vegetation and marine fossils. A citizen of Ayia Napa filed a complaint on June 21, 2012, with officials of the Famagusta District Administration responding to the call and going immediately to the site. However, the inaction of the Police, who did not come to the area, allowed the offenders to escape.

An on-site investigation carried out the next day by an administrative official of the Famagusta District Administration revealed that the company proceeded to remove rocks, rocks and vegetation, while a jetty was created. The Municipality of Ayia Napa denounced the arbitrariness to the Departments of Environment, Land Registry and Water Development, which were called to examine the issue. The Department of Environment replied on June 3, 2013 that the interventions should be terminated immediately because no environmental studies were submitted.

In addition, the Local Authority sent a letter to the Police denouncing the continuation of illegal activities and requesting frequent patrols in the area. The interventions continued until recently with the District Administration complaining to the Police about its inaction, which has the authority to investigate the case and send it to court.

Following these developments, the investment was frozen for some time, however it seems that the projects have started again. The company, however, does not seem to be intimidated, as its website presents the project without any reservations in English and Russian, while billboards of the project still exist in some parts of Ayia Napa and Protaras.