The 7 strangest holiday foods from around the world

For most of us, stuffed turkey is synonymous with festive dinner but in many parts of the world some very unusual delicacies are served. 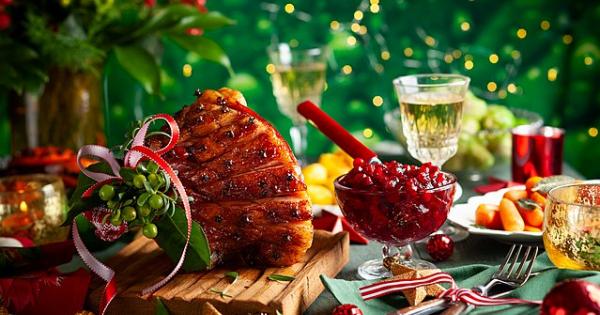 The Christmas and New Year's season is celebrated all over the world and brings with it special foods and drinks. For most of us, stuffed turkey is synonymous with festive dinner but in many parts of the world some very unusual delicacies are served.

Christmas is not a national holiday in Japan but it does not stop many Japanese from celebrating in a unique way. Santa Claohsu has taken on the role of Santa Claus in the land of the rising sun and is said to have eyes on the back of his head to watch naughty children. The festive food has been prepared every year by the well-known fast food chain KFC every year after an admittedly successful advertising campaign with the slogan Kurisumasu ni wa kentakkii (Kentucky for Christmas). The popular Kentucky Fried Chicken is christened Christmas Chicken for the holiday season and "breaks the box office" in sales all over Japan, especially on Christmas Eve. The festive package also includes cake and champagne and orders start months in advance.

If you find Brussels sprouts immune, you should try one of the Greenland Christmas delicacies. Mattak - raw whale skin with its fat. Or, if you prefer, the kiviak, a kind of little Arctic bird wrapped in seal skin, is buried for many months and once it has begun to decompose, it is served as a great Christmas dish.

Remaining in the icy countries of the world, Icelanders prefer a kind of sea parrot and grilled reindeer for the Christmas table. The last day of fasting, December 23, prohibits the consumption of meat, so a skate that has undergone a special fermentation is served everywhere. Many claim that the "spicy" smell that emerges is so bad that they are forced to dine in restaurants to avoid it.

They do not mean Christmas without smalahove, which literally means "sheep's head". Before reaching the festive table, they remove the hair, skin and mind. Then salt, smoke and dry it to boil it, finally, or steam it for 3 whole hours before serving it with potatoes and aquavit broth. Often, they let the mind cook inside the animal's skull to enjoy it later with the teaspoon. Smalahove used to be food for the poor but today it is considered a real treat.

In South Africa fried caterpillars are the ultimate Christmas delicatessen. They are not the usual caterpillars that all gardens host but the Pine Tree Emperor Moth or Christmas mopane-caterpillars, with the various festive shades that live in the specific pines. Protein-rich larvae are collected shortly before winter, fried and served with a kind of polenta.

Puto Bumbong is a Christmas delicacy served in the Philippines not only today but throughout the holiday season. It is a kind of sticky rice cake that has been steamed in bamboo canes and has a purple color. Its special color is due to the mixture of sweet and black rice used. Serve with butter, sugar and grated coconut on top.