E / K Lawyer: The authenticity of the video, the 100 euros and the apology 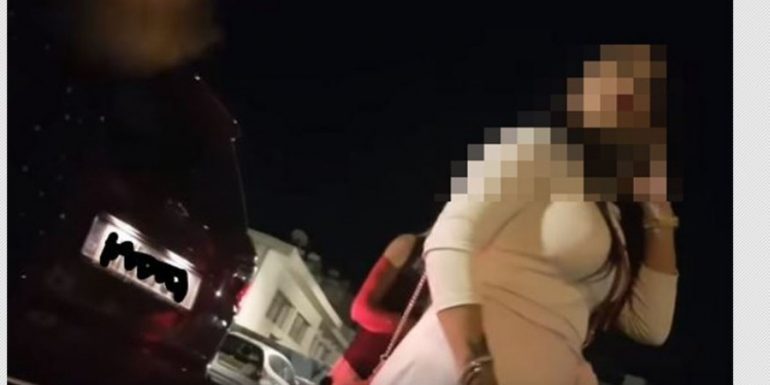 "I have not said that I question the validity of the video, I said that I am waiting for the results of the video examination because I believe that there are two or more excerpts from this," said Christoforos Dimitriou, lawyer of Greek Cypriots who allegedly verbally attacked Svetlana Zaitseva from Russia.

"I have not said that I question the validity of the video, I said that I am waiting for the results of the video examination because I believe that there are two or more excerpts from this video, without this meaning that it is not legal or will not be allowed to be submitted. It will simply be clear from the exams if it is one or more excerpts, something for which we are sure ", explained Mr. Dimitriou.

He even said that, "what we expect in order to be able to be positioned is the following: first, if the video was actually paused - where we expect experts to confirm it - and second if from the pause of the video, ie from the first excerpt or its resumption, what mediated in that period. Something that is important to us, because it seems that at that time, there was a frightening change in the behavior of my clients.

Asked if he considers the behavior of his women and clients in the video to be racist, Mr. Dimitriou said that his clients have apologized to the Police for their behavior.

"They presented their own version but immediately apologized to the Police for the incident and for their behavior, as it was seen in the video. "I would like to clarify the following: No tolerance for racist or fascist behavior," he said.

Regarding the 100 euros that the Greek Cypriots said that the woman had asked Russia to delete the relevant video, Mr. Dimitriou stated that, "any positions that have been submitted, either in writing or orally by my clients, we are waiting to be investigated and be examined by the Police. In the space of the two excerpts, several answers may be given ".

Asked if they will take legal action against her, Mr. Dimitriou replied that at the moment more serious issues have priority.

"Right now in the minds of my clients, there is no such possibility. It's in my mind, but I do not rule it out when the investigation is completed, "he explained.