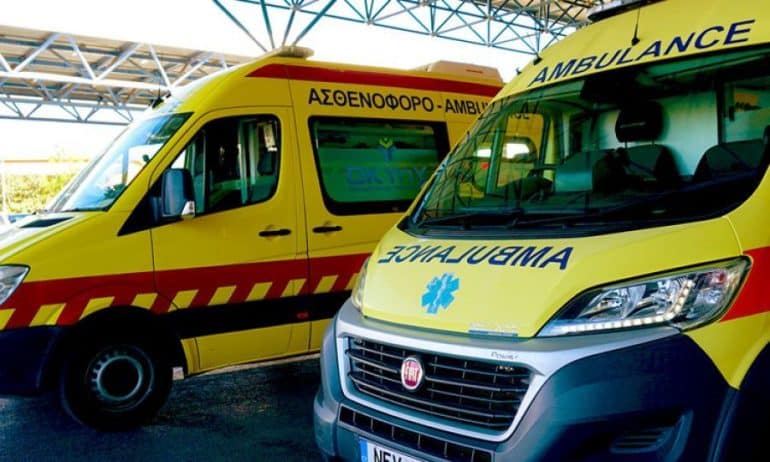 A serious traffic accident occurred on Sunday afternoon (21/8) in the district of Pafos, specifically on the Stroubiou-Giolo road.

According to information from the Police, around 16:30 p.m., a 55-year-old woman with her 35-year-old son as co-driver, under circumstances that are being investigated, collided head-on with a vehicle driven by a 52-year-old man with a 44-year-old co-driver and two children, aged 9 and 8, as passengers.

Then the 52-year-old's vehicle collided with a preceding vehicle, driven by a 41-year-old. Members of the police force rushed to the scene for examinations, while seven people were injured in the traffic accident, who were taken to the Paphos General Hospital.

The 55-year-old driver suffered a fractured neck and was detained for hospitalization, as well as the 9-year-old child to monitor his condition.

The Stroubiou Police Station is investigating the causes of the traffic accident.