An important achievement was the establishment of a new tourist identity for Cyprus, as "it is no longer the island of sun and sea", he said 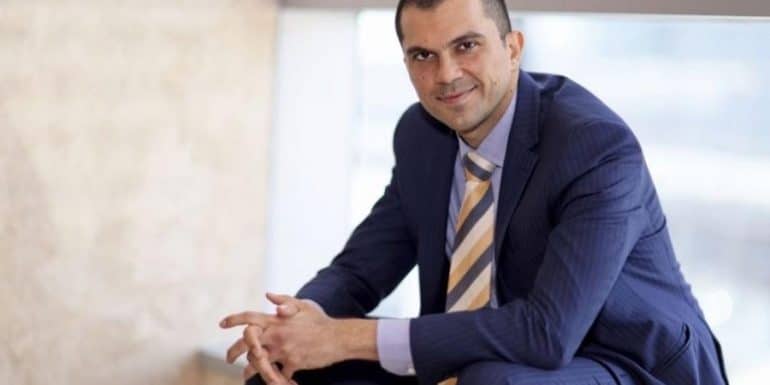 The ultimate goal of the National Tourism Strategy 2030 (EST2030) is to establish Cyprus as an all-season, higher quality, digitally intelligent, more accessible tourist destination, which respects the environment and channels the benefits of tourism to all regions of the island, said the Deputy Minister of Tourism, Savvas Perdios, at a press conference for the review of the National Tourism Strategy 2030. In addition, by 2030 the Deputy Ministry aims for Cyprus to be ranked in the first 30 countries of the Tourism Development Index in the global ranking of international competitiveness for tourism.

Taking stock of the three-year period 2020-2022, the Deputy Minister said that the EST was implemented by 95%, despite the difficulties of the period, such as the pandemic and the war in Ukraine. An important achievement was the establishment of a new tourist identity for Cyprus, as "it is no longer the island of sun and sea", he noted, but is promoted as a destination with history, culture and authentic experiences, all year round. To this end, the new logo was created to promote the tourist product, while 12 quality marks were adopted that enrich its identity. Such are the brands "Christmas Village", "Wine Routes", "Colourful Villages of Cyprus", etc.

In addition, Mr. Perdios noted that more than 30% of the annual budget of the Deputy Ministry, an amount corresponding to €15 million, is dedicated to grants for improving infrastructure and services, such as rural villages, forest reserves and guesthouses, wineries, nature trails etc. as well as the marinas and casino. He noted that the corresponding amount for CTO was only €5 million.

Utilizing the Resilience and Recovery Plan (SRP) and "Cyprus-to-Tomorrow", the Under-Ministry has funded the upgrading of restaurants and traditional product shops, the aesthetic upgrading of villages and places providing authentic experiences, the renovation of mountain lodges and the creation of health and wellness infrastructure in hotels and accommodations.

In addition, new air routes were introduced, compared to 2019, to Europe and the Middle East, while new routes to France, Belgium and Switzerland are expected in the near future. The Deputy Minister noted that the current connectivity of Cyprus and the routes are at the same levels as in 2019, while currently routes from Russia and Ukraine are not included.

Mr. Perdios said that, with the exception of the United Kingdom, Greece and Israel, the percentage of advertising spent on the rest of the markets was greater than the percentage of the market on arrivals. For example in the case of France, while advertising reached 15% of the total share, arrivals did not exceed 5%. As he said, this is done because "we want to strengthen these markets, which requires increased spending on advertising." Especially for France, he said that in 2019 there was no direct flight. The advertising boosted demand and by 2022 there were 15 weekly flights, while, according to the figures he presented, arrivals from France had increased by 100% since 2019.

To the existing markets of Germany, Poland, Israel, Scandinavian countries, the Netherlands, Greece, Austria, Switzerland and Jordan, new ones were added, such as France, Italy, Hungary, Serbia and Saudi Arabia, he said, noting that now 40 % of arrivals are from the EU, up from 25% before the pandemic. The Deputy Minister also noted the cooperation with Jordan, to attract distant markets, through joint tourist packages, such as from the USA, Canada, Korea, Japan, China.

In addition, he said that while before the pandemic tourism was 70% dependent on Tour Operators, and 30% on individual travelers, the percentages today are 50-50, which he said is "healthy for the market".

A priority for the Deputy Ministry of Tourism in the next period is training, especially for people who are active in mountainous, rural and remote areas, to strengthen the tourism product. Also, the implementation of the SAA plans will continue, while the implementation of a specialized action plan for Poli Chrysochous and Tellyria is also expected to begin.

In addition, the medium-term goal of the Deputy Ministry is to create a single mechanism for monitoring tourism statistics. According to Mr. Perdios, it is also particularly important to measure the carrying capacity of a destination, so that the environmental and social impacts, such as noise pollution, light pollution, water consumption, stemming from tourism are costed, with the aim of the measurements guiding political decisions for the environment.

In this context, the promotion of Cyprus as an accessible tourist destination and a destination with environmental sensitivity is moving forward, while the strengthening of the 12 existing quality marks is also expected to be promoted, with the addition of 4 more, such as themed beaches and conference tourism. The Deputy Ministry also aims for enhanced actions for maritime tourism and health and wellness tourism.

Cyprus is currently ranked 31st out of 117 in the Travel and Tourism Development Index of the World Economic Forum, 21st out of 43 in Europe and 6th out of 16 in the Mediterranean. The goal of EST2030 is for Cyprus to rank among the top 30 markets worldwide and among the top 20 in Europe. For reference, Greece is currently in 28th place worldwide.

To achieve this, Cyprus must, among other things, improve its public transport as well as speeding up visa procedures for entry from third countries. The Deputy Minister indicated that communications have been made to the Ministries of Foreign Affairs and Transport on these matters. Regarding public transport, and answering a question, the Deputy Minister added that the aim is to improve accessibility from airports to villages and connectivity between villages. For this purpose, a tender is being promoted for small buses that will connect the villages or transport tourists from experience to experience.

In addition, price competitiveness also needs improvement, with the Deputy Minister noting that what we want is not a reduction in prices, but an improvement in the product offered.

He also noted that regarding the online reputation of Cyprus as a destination, which concerns general customer satisfaction, Cyprus is currently at 86%, just behind Turkey and Greece (with 88% and 87% respectively). The goal, noted Mr. Perdios, is for the percentage to rise to 2030% by 90.

Regarding the goal for markets until 2030, it is noted that the Russian market now occupies a much smaller percentage in the goals of the Deputy Ministry of Tourism. While in the 2020 targets the Russian market had the second largest share after the UK, in the revised 2022 targets its share is no different from the rest of the markets apart from the UK. Mr. Perdios reiterated that the EU markets are now the target for further development of the Cypriot tourism product, while he noted that he expects a large increase in the coming period from the Polish market, as it is a large and resilient market, with tourists from all over the world. of ages.

Asked about the achievements of his term, Mr. Perdios thanked the President of the Republic for the support and trust shown to him. He said that the most important achievement of his tenure was that "we touched the lives of every citizen, in every village", noting that the priority of the Deputy Ministry is to improve the tourism product and services first for the locals, to satisfy the local market.