Five-point drawing by Guterres on RES

A five-point plan equivalent to the Marshall Plan for renewable energy was unveiled on Wednesday by UN Secretary-General Antonio Guterres. 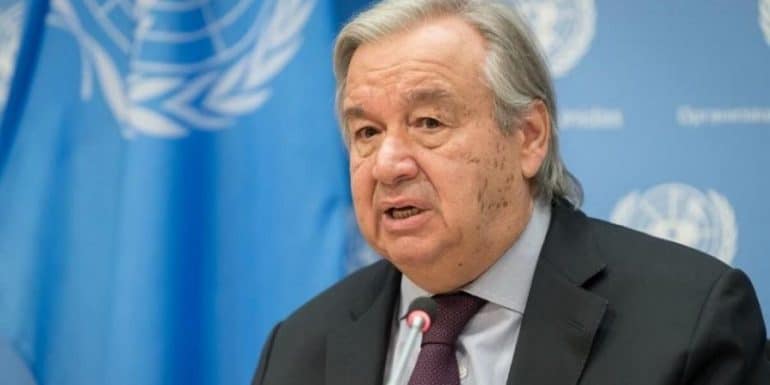 A five-point plan equivalent to the Marshall Plan for renewable energy was unveiled by UN Secretary-General Antonio Guterres on Wednesday, reiterating the need to end coal, gas and oil use.

His call coincided with the publication of a new UN study on global warming that states that four key indicators of climate change set new highs in 2021. The UN has again warned that the international energy system is leading humanity to disaster.

In his speech, the UN Secretary-General said that in order to prevent catastrophic climate change, humanity must end fossil fuel pollution and accelerate the transition to renewable energy sources before "burning our only home".

Solar and wind are the fastest growing clean energy technologies, but the storage of electricity from renewable sources can only be produced when the sun is shining or when there is sufficient wind.

Currently, solar and wind energy account for only 8% of world electricity production. The addition of hydroelectric and other renewable sources pushes the total up to 30 percent, with coal and gas still dominating use.

What the report records

The report confirmed that the last seven years were the hottest on record.

The successive La Nina effects at the beginning and end of 2021 had a chilling effect on global temperatures last year. However, 2021 was still one of the warmest years ever recorded, with the average global temperature in 2021 being about 1,11 degrees Celsius above pre-industrial levels.

The oceans absorb about 23 percent of the annual CO2 emissions from human activity into the atmosphere. The report said that the Antarctic ozone hole reached an unusually deep and large area of ​​24,8 million square kilometers in 2021.