Aim to answer the torturous questions plaguing the families of missing persons, says the Speaker of Parliament

"There is still a very large number of our compatriots, missing from the Turkish invasion, whose fate has not yet been determined." 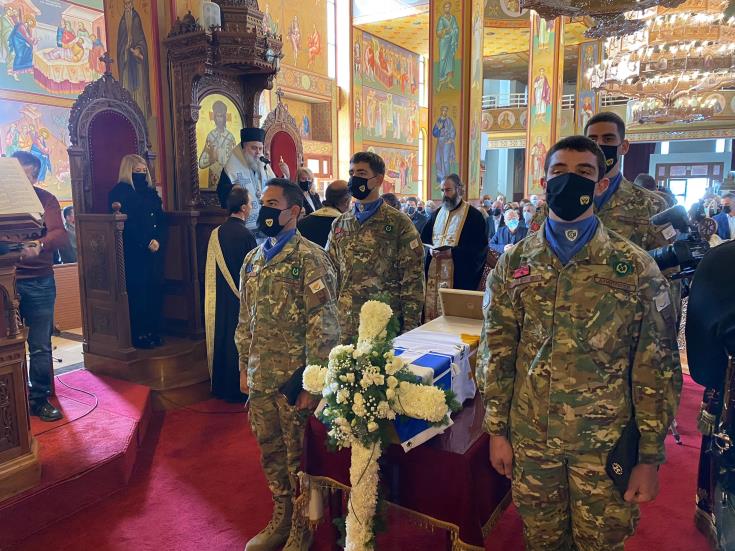 The aim is to finally answer the torturous questions that plague the families of the missing, said the Speaker of the House of Representatives, Annita Dimitriou, at the funeral of the formerly missing Christakis Nikolaou, at the Church of Agios Georgios Konos.

In her funeral speech, Ms. Dimitriou stated that Christakis Nikolaou fought heroically and sacrificed himself for the homeland, defended freedom and democracy and was added to the tragic list of victims of the 1974 tragedy. She said that for decades the name of Christakis remained in tragic list of the missing, until 2020 when his bones were found together with his two other comrades in a mass grave, at the place where the battle took place in the village of Agios Georgios, Kyrenia.

But we must not forget, said Ms. Dimitriou, that there is still a very large number of our compatriots, missing from the Turkish invasion, whose fate has not yet been determined. And it is the families of our missing who paid and are paying the heaviest price of the Cypriot tragedy, those who for years raised, and many still raise, the cross of ignorance and uncertainty, said Annita Dimitriou.

As a state, we are making every effort, both to assist the Commission of Inquiry and to force Turkey to cooperate, as it is the biggest obstacle, so that we can have substantial results as soon as possible, said the Speaker of the House of Representatives. Finally, he spoke of a justification that can only come through a solution to the Cyprus problem, which will reunite the island in conditions of freedom, security, peace, individual and national dignity for all legal residents, with a solution that will free the occupation troops. and will terminate the settlement, without foreign custody and anachronistic guarantee systems.

This was followed by the unveiling of a bust of Christakis Nikolaos in the adjacent cemetery of Agios Georgios Kontos and the burial of his remains.