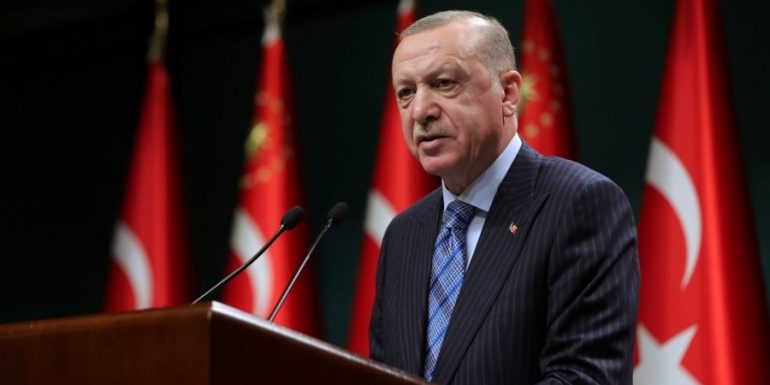 Erdogan gave a new name to the Mediterranean, announcing that the new drilling rig bought by Turkey from South Korea will sail after the Black Sea and the. Blue Sea.

After the "Sea of ​​Islands" for the Aegean, now the Mediterranean is changing its name and will now be called "Blue Sea", as the Turkish president said in the interview he gave last night on the state television TRT.

Recep Tayyip Erdogan referred to the 4th drilling rig that Turkey is going to acquire, arguing that these ships are very important and give confidence in the Black Sea and the Mediterranean.

Recalling that the number of these ships has increased to 5, Turkish President Erdogan said that the delivery of the 6th ship will take place in a few months and that they will have 4 drilling ships and 2 seismic research ships.

"The new drilling rig, which is brand new, will conduct research and excavations in the Mediterranean Sea and then in the 'Blue Sea', let's call it the Mediterranean", he said characteristically, adding meaningfully that "Of course, this seriously bothers some" .