Rapid developments in Turkey - The Minister of Finance has resigned

Businessman Nurettin Nebati was appointed in his place, by decision of the Turkish president - The background ... 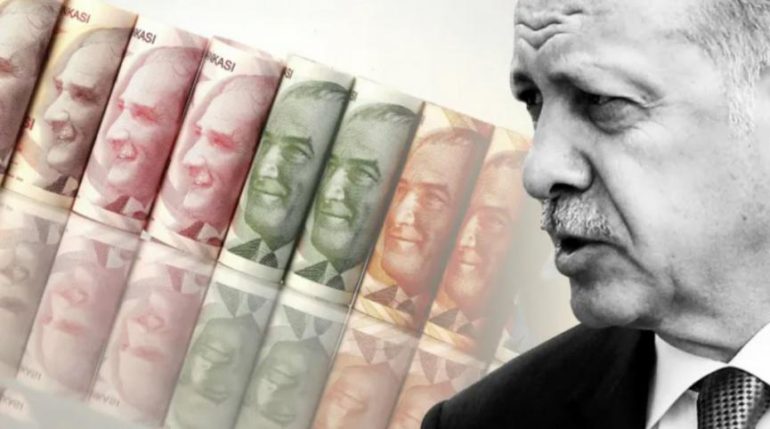 The resignation of the current "tsar" of the Turkish Economy, Lutfi Elvan, was submitted under the weight of the economic crisis and the collapse of the Turkish lira exchange rate.

According to the Turkish news agency Anadolu, Recep Tayyip Erdogan accepted his resignation.

Turkish President and Deputy Finance Minister Nurettin Nebati, who is known for his relations with Berat Albayrak, Erdogan's son-in-law and former finance minister, has been appointed to replace him.

Similar rumors about the resignation of the Turkish Minister of Finance existed in the previous period, without being confirmed. But this time, as Tayyip Erdogan's obsessions have brought the country's economy to a standstill, the Turkish president appears to be looking for a scapegoat in a desperate attempt to reverse the climate.

The presidential decree signed by Erdogan and published in the Turkish Government Gazette, one hour after midnight, states:

"Nureddin Nebati is appointed Minister of Finance and Treasury, a position which was left vacant by Lutfi Elvan, who requested his release, a request which was accepted, in accordance with Articles 104 and 106 of the Constitution of the Republic of Turkey."

Who is the new Minister of Finance?

The new finance minister, Nurettin Nebati, is a businessman active in the textile industry.

He studied Political Science and holds a PhD.

He has been an active member of the ruling AKP party and has twice been elected to parliament in the past. He has also been active in charities affiliated with political Islam and the AKP. 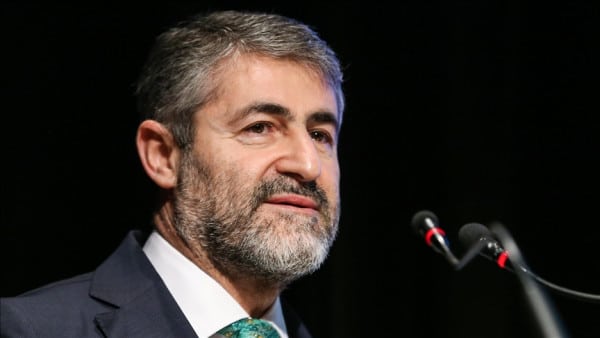 This development comes as the Turkish president continues to turn a deaf ear to those outraged by their impoverishment and to economists who warn that the obsession with unorthodox monetary policy of low interest rates is leading the country to the brink of bankruptcy.

Speaking to his party's parliamentary group on Wednesday, Erdogan defended his policy, saying the country had followed "a plan that is politically risky but right" in terms of its economy. "What we are doing is right," he insisted, despite the slump in the Turkish pound and rising inflation.

The Turkish central bank had announced earlier that it was intervening to stop the fall of the Turkish lira, which has lost about 30% of its value against the dollar in one month and 40% since the beginning of the year.

On Tuesday, the country's currency plunged again, losing almost 6% of its value in one day against the dollar and the euro. Shortly after the central bank intervened, the Turkish lira recovered slightly and at around noon on Wednesday around 13,10 pounds was exchanged for one dollar and 14,90 pounds for one euro.

"The whole world knows that I am against (high) interest rates. I was never in favor. "I was not yesterday and I will not be tomorrow," Erdogan said, adding that "the country will never return to a system of exploitation based on high interest rates."

Therefore, according to the president's mandate, the independent Turkish central bank cut its key interest rate again in November (from 16% to 15%) for the third time in less than two months, while inflation reached 20%. on an annual basis, four times higher than the government's initial target.

He forced him to resign

According to information from the Turkish media, Elvan was effectively forced to resign, as he disagreed with the policy pursued by Erdogan.

In fact, the Turkish president launched attacks against Elvan in mid-November - without naming him -, announcing his beheading.

"As long as I am in this position, I will continue my fight against high interest rates until the end and I will continue my fight against inflation. What happens to you when you are in the middle of nowhere? "We will see and take our steps accordingly," he said, referring to "friends with whom we walked together" and now they refuse to follow him.

While Erdogan's words were applauded by AKP supporters, it was remarkable that Elvan did not. Expressing the view that inflation is not at the desired levels, she said in her last speech on November 15. "I think it is important for each institution to play its part in the mandate it has received. "As the Ministry of Finance and Finance, we clearly show our determination to fight inflation."

It was interpreted as Elvan's words as a tacit criticism of the Governor of the Central Bank, who focused on reducing the current account deficit instead of targeting inflation.

The next day, rumors circulated that Elvan would be fired because Erdogan said: "I can not be with those who support the interest in this way."

During the two weeks that Minister Elvan remained silent, Nureddin Nebati announced that Turkey had embarked on a new economic policy.

Evaluating the change of leadership in the Ministry of Finance, the Financial Director of the pro-government newspaper "Yeni Şafak", Acbrahim Acar, said that the decision was not a surprise.

"There have been rumors that Nureddin Nebati may come to the fore after the market developments of the last two weeks. It was no surprise. "The fact that the Minister of Finance did not appear in such a turmoil (of the economy) led to the current development," he said, expressing his belief in a market recovery.

In fact, a few days ago, Nureddin Nebati in his speech spoke in favor of Erdogan's policy, noting that inflation is a recurring problem that occurs not only in Turkey but also worldwide.

He appeared, however, determined to implement the policy of low interest rates. "With the help of Allah, we will emerge victorious from the struggle for the independence of our economy, in cooperation with our nation."