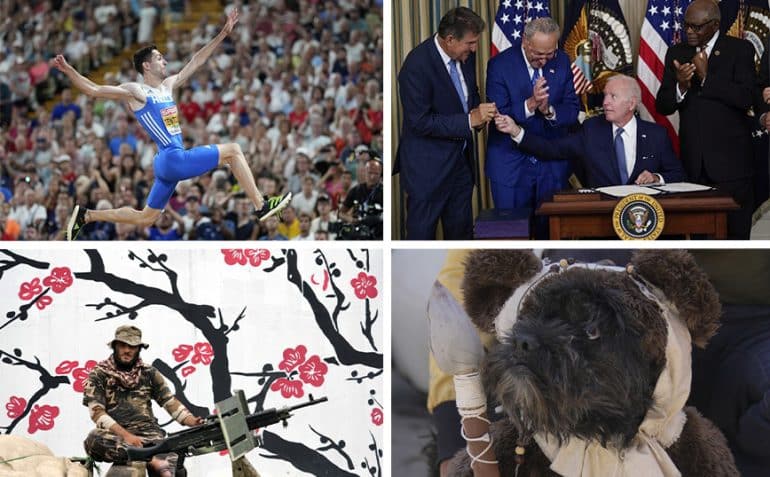 When the photographer is in the right place at the right time, he manages with his camera to capture an image that needs 1.000 words to describe it. In some cases, even these 1.000 words may not be enough to analyze the feelings that "hides» a frame.

They are condensed in the following images what happened in the world last week.

His photographers Associated Press they were there and with their photographic lens they recorded the events that happened in the world during the last seven days.

Michmoret, Israel: It takes months to restore a turtle's health 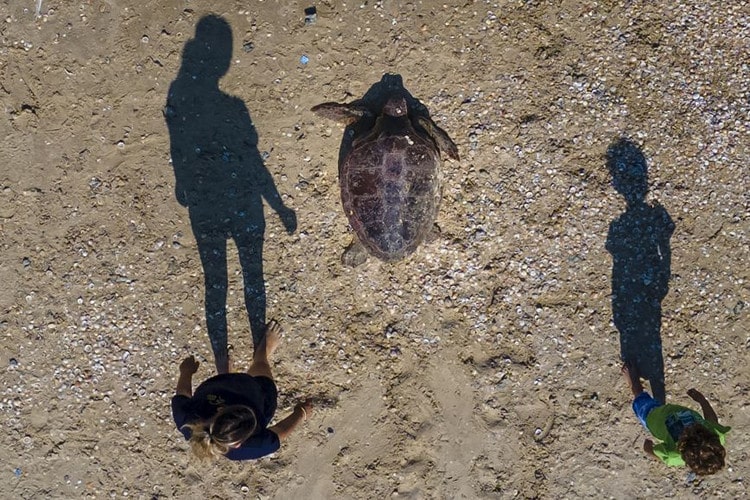 Maayan, a sea turtle heads to the Mediterranean Sea after being released from the Sea Turtle Rescue Center, run by Israel's National Nature and Parks Authority, in Michmoret on Friday, August 19, 2022. Five turtles were released and released back into the wild environment after months of rehabilitation at the rescue center in Israel due to injuries sustained from fishing nets, pollution and underwater explosives.

Frankfurt, Germany: The figure 'lost' in a corn maze 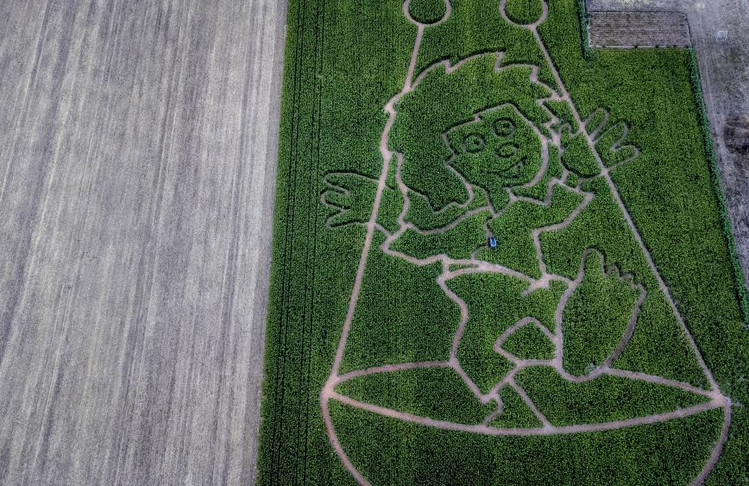 The figure of a cute child laughing and playing is seen in a corn maze on the outskirts of Frankfurt, Germany last Thursday.

Dnipro, Ukraine: Hope lies in the smiles of children 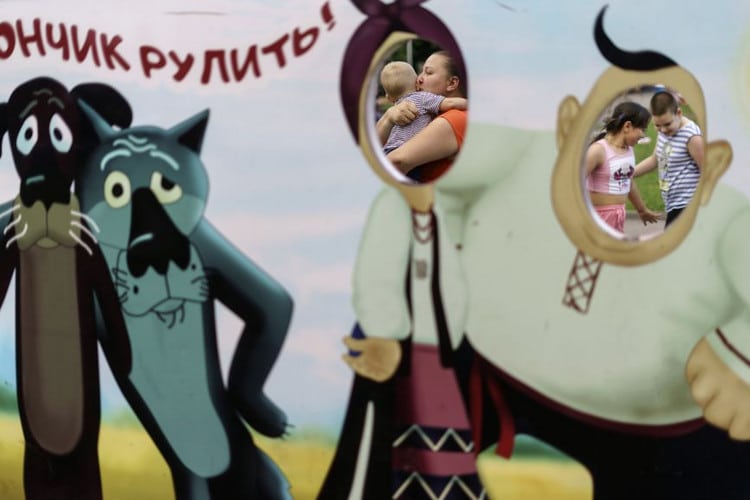 A woman kisses a baby in her arms as other children play in a park in Dnipro, Ukraine on Wednesday, August 17, 2022. Hope for the end of the war in the country is "hidden" in the smiles of the children captured through a slot games. 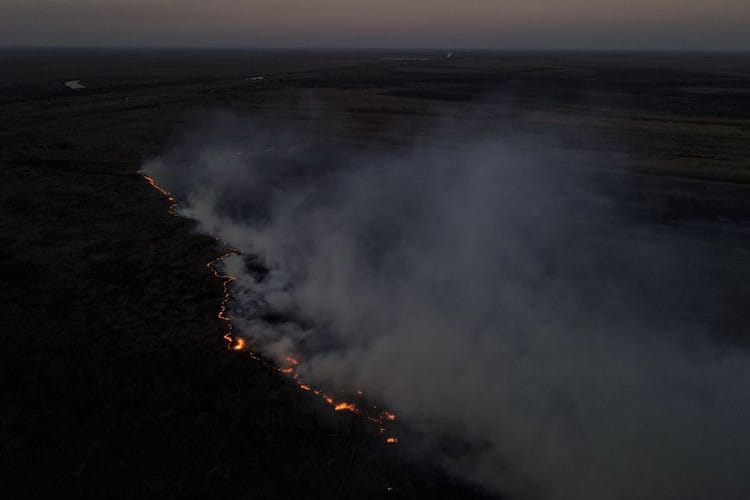 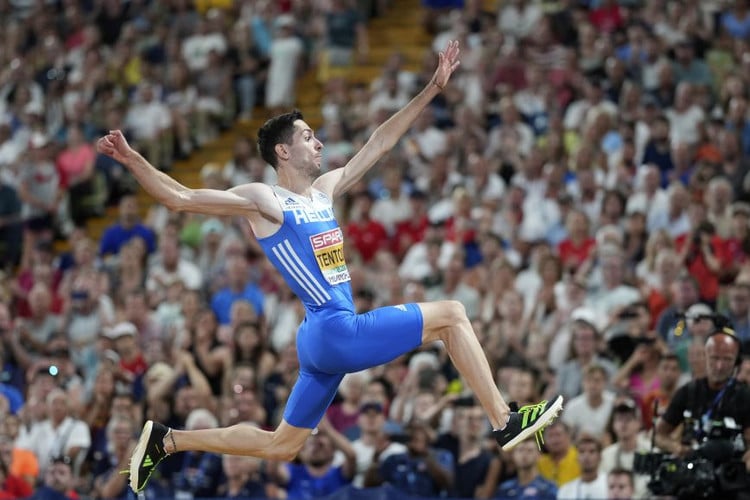 Miltos Tedoglou is European champion for the second consecutive time and even with a match record (8.52m.). The formidable child from Grevena, after the gold in Berlin in 2018, climbed to the highest step of the podium in Munich and became the first Greek long-distance athlete to win two consecutive gold medals in European open and second in Greek athletics. In this photo, Miltos Tedoglou is captured making his attempt in the Men's Long Jump Final during the Athletics Games at the Olympic Stadium at the European Championships in Munich, Germany on Tuesday, August 16, 2022. 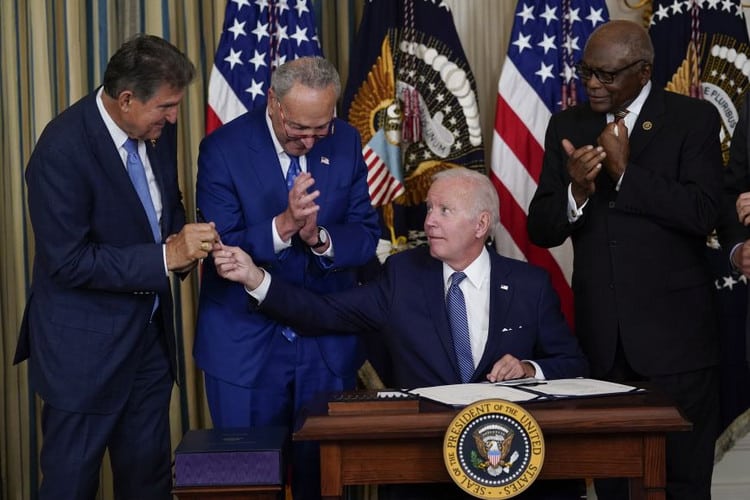 President Joe Biden hands over the pen he used to sign the Democrats' ambitious and ambitious landmark bill on climate change and health care, to Sen. Joe Manchin, whose support was crucial to the passage of the so-called Deflation Act, as the senator had initially opposed similar proposals, at the White House in Washington on Tuesday, Aug. 16, 2022. 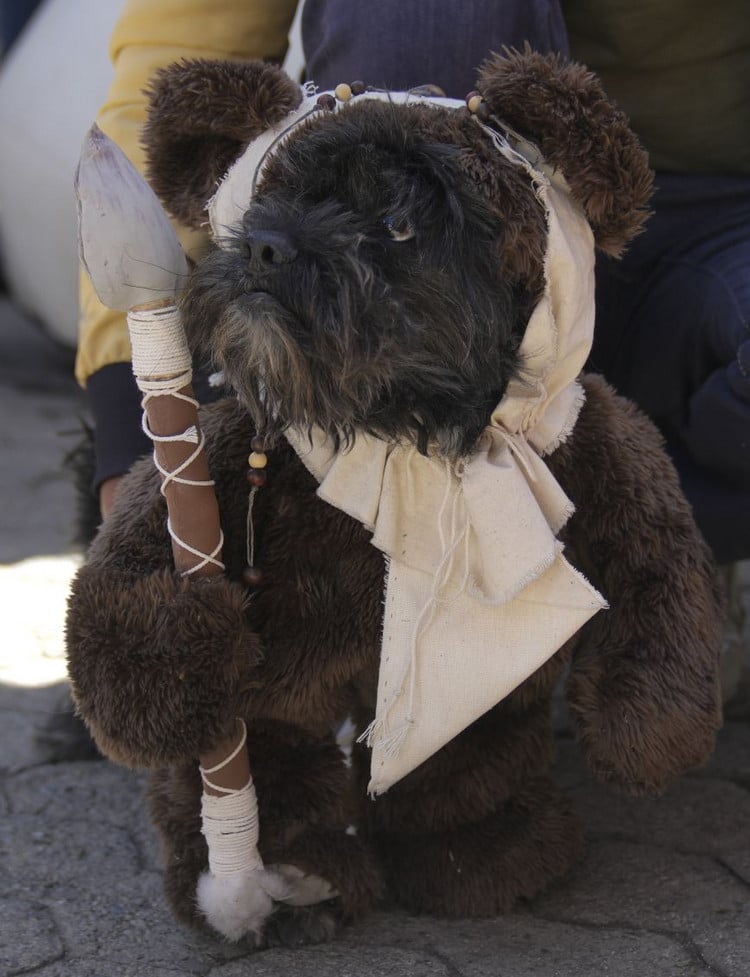 A dog dressed as an Ewok from the 'Star Wars' film series competes in a costume contest at an event celebrating the day of Saint Roch, the patron saint of dogs, in La Paz, Bolivia on Tuesday, Aug. 16, 2022.

Tzia, Greece: Feasting and dancing at the festival celebrating the Virgin Mary 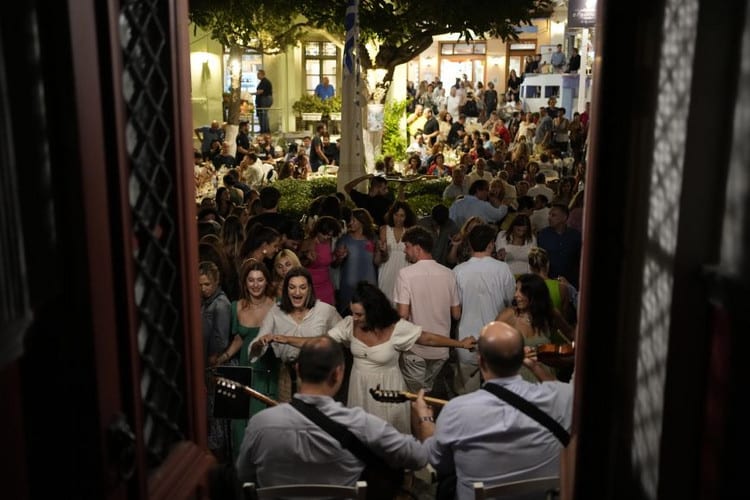 Crowds of people dance and sing during a Festival, on the island of Tzia or Kea in the Aegean Sea, Tuesday, August 16, 2022. The Assumption of the Virgin Mary is celebrated on August 15. The religious event is combined with festivities, known as Panigyria, which often last more than a day with music, culinary feasts and, in many cases, open-air markets.

Afghanistan, Kabul: A Taliban's quiet moments on the first anniversary 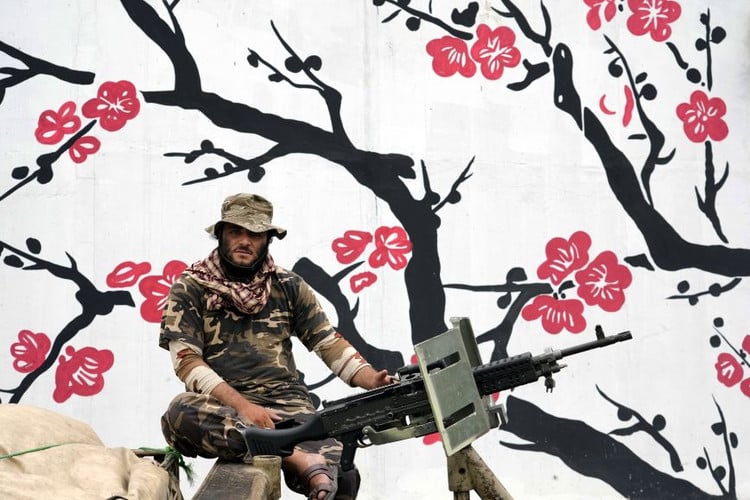 A Taliban fighter mans his gun during celebrations one year after the Taliban captured Afghanistan's capital, Kabul, in front of the U.S. Embassy in Kabul, Monday, Aug. 15, 2022. The Taliban marked the first anniversary of their takeover after the country's Western-backed government fled and the Afghan army collapsed in the face of the insurgent advance.