The Greek hypercar Chaos of up to 3.000 hp was digitally unveiled

So a digital premiere for Chaos, the Greek hypercar of Spyros Panopoulos Automotive (SPA). Which the company itself characterizes as the first ... 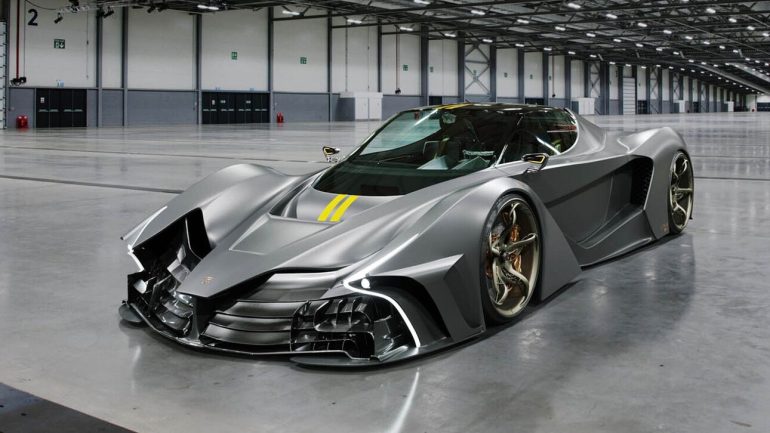 Which in fact, always according to the SPA, will be able to circulate normally and legally on public roads. That too despite its very short distance from the ground, as can be seen from the digital illustrations released, but also the equally limited paths of its posting seen from the extremely short distance of the wheels from the wing domes.

Otherwise the front is extremely complex for the sake of aerodynamics at the SPA, referring slightly in an F1 car and more, in terms of design, in the legendary Ferrari Enzo.

For the construction of the frame and the body it is stated that they will be used exotic materials, many of which, like Zylon, come from Formula 1 where they are rarely used.

Digital illustrations of the interior show a space approach, while the Chaos engine is one V10 4.000 cubic meters with two turbos. Which in its standard version delivers 2.000 horsepower and in the top 3.000.

Mythical numbers -literally and figuratively- if we consider that e.g. the Bugatti Chiron produces a maximum of 1.600 horsepower from a W16 with 8.000 cubic meters and 4 turbo.Ή how the Koenigsegg Cemera just over 1.700 hp with two electric motors.

What I can say is I hope Chaos does not just stay in its digital designs, as it has done with many hypercars that did not exceed the stage… screen. And let it be electric, where… thousands of horses are rendered much more easily. However, tRimac electric hypercar, the Nevera, does not exceed 2.000 horsepower…

The SPA, however, says that it already has an order.