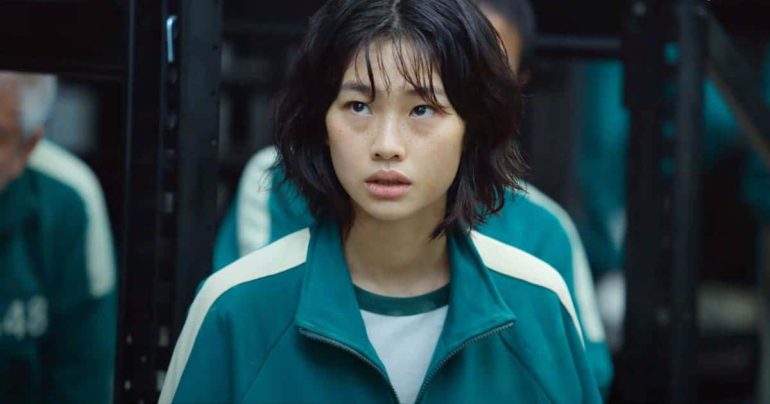 It was only a matter of weeks. Upon being uploaded to Netflix, "The Squid Game" tore, became the No. 1 series to watch "Bridgerton", and its protagonists saw their work grow.

Ho Yeon Jung (will we ever be able to remember a South Korean adjective?) Plays Kang Sae-byeok, a social idiot who is a star in smelling money in safe pockets and skimming them. In the Game, in its green form it says 067 (for those who have started the series).

Within a few weeks she saw her Instagram followers grow from 400.000 to 16 million - she is the first celebrity in Asia, and the fun continues. He also saw Louis Vuitton anoint him ambassador of her luxury products.

Ho Yeon Jung is a doll! And he knows it. And that's why, apart from acting, she also deals with modeling. From the age of 16. It is now 27.

When she started her career, she stood out for her red hair and fiery personality. She first walked into Seoul Fashion Week and closed her first stray business without an agenda. Until she was bitten by ESteem Models. The big publicity came when he took part in the reality show Next Top Model in its Korean version. Then came the covers of Korean Vogue Girl, Nylon and ELLE Wedding.

I will continue. He has worked with Sephora, Chanel, Gap, Inc. and Hermès. She has covered the entire Asian Press magazine, British Vogue, Dazed and Love. Ah, in 2019 she won the Asian Star Award at the Asian Model Awards.

There are many reasons that led Louis Vuitton to include her in the pantheon of its world ambassadors. "I immediately fell in love with Hoyeon's immense talent and fantastic personality and I look forward to starting this new chapter in the journey," said Nicolas Ghesquière, the house's artistic director.