Measles: Dramatic increase in cases due to reduced vaccinations

Measles is considered the most contagious viral disease and is especially dangerous for infants and toddlers. 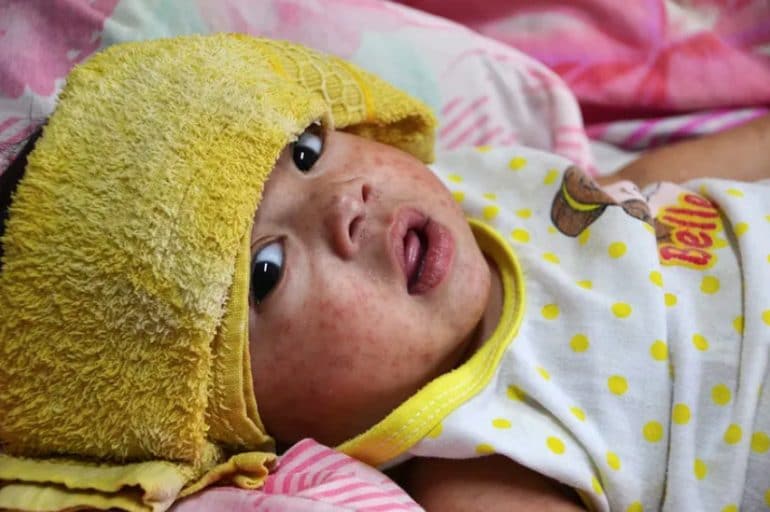 An increase of 79% is recorded in the first two months of 2022 in measles cases worldwide, as pandemics and lockdowns have hampered efforts to vaccinate children.

In January and February, 17.338 cases were reported, compared to 9.665 in the same period last year, according to data from UNICEF and the World Health Organization.

Measles is considered the most contagious viral disease and is especially dangerous for infants and toddlers. If left unchecked it would spread faster than pandemic coronavirus, flu or Ebola.

The suspension of vaccinations, combined with the lifting of isolation and social isolation measures, is creating the "perfect storm" for measles epidemics, UNICEF Executive Director Kathryn Russell told Reuters.

"Measles is not just a dangerous and potentially deadly disease," he said. "It's also a sign that there are gaps in global vaccination coverage, gaps that vulnerable children can not stand."

The five countries with the largest measles epidemics in the last 12 months are Somalia, Liberia, Yemen, Afghanistan and Ivory Coast.

At the beginning of April, 58 vaccination campaigns against various diseases remained suspended in 43 countries, leaving 212 million people exposed, most of them children. 19 of these campaigns involved measles, affecting 73 million children.

Vaccination campaigns for other diseases such as typhoid fever and polio are also problems. Last month, Malawi reported the first case of polio in Africa in five years, while Pakistan, one of two countries where polio remains endemic, recorded the first case this month in more than a year.