"As if we were helpless, they said a plane crashed. We understood the ...", "God for you a cross, but we in a heavy ji unmovable" 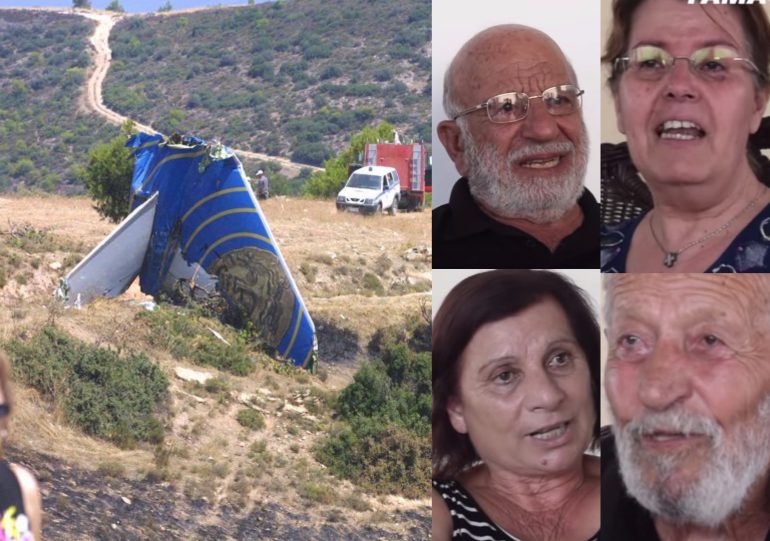 Unhealed wounds, empty houses and children's rooms paved for thirteen years are waiting for the return of their owners.

The pain since that August 2005 has not eased. The sun on the hill of Grammatiko went out for 121 souls. Among them are twelve people from Paralimni. Two families, Christos Pyrillis and Antonis Antoniou, were released, as well as three members of the Koutsoftas family who left behind two-year-old Vassilis at the time.

No matter how many years pass, the cross remains heavy for parents, siblings, children, relatives and friends left behind.

Today was held for another year in the church that was built in Grammatiko, Attica, in the presence of sixty relatives, the annual trisagion for the undefeated victims of the untold air tragedy. But who can heal the wounds and answer the thousands of unanswered why γιατί

Watch the video with the interviews from relatives recorded by Famagusta.News in 2018, in which the relatives of the victims describe how they experience the loss…