The goal is for Varosi to open in 2023, says Hasipoglou 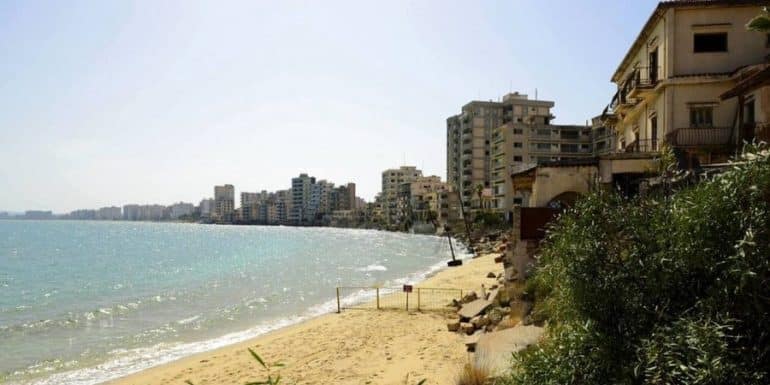 In the coming days, "one of the most important openings" of Varosi will take place, said the head of the KEE, Oguzhan Hasipoglou, who participates in the "committee" for the opening of Varosi in the "presidency", in the occupied territories.

According to the GTP, in his exclusive statements the day before yesterday in Jeni Bakis, Mr. Hasipoglou said that if today they were still discussing the federation that the opposition insists on, they would not be able to open the closed Varosi, because the closed area was part of the give-and-take in the negotiations. The Cyprus issue, he argued, acquired a new dimension with the opening of Vaross.

"The UN Security Council resolution is a decision made 40 years ago. This resolution is now anachronistic. This resolution is to open the closed Varosi without waiting for the overall solution, to implement the return of the properties to its pre-1974 inhabitants. Here is the territory of the tdvk. We do not oversee the properties of the people who built buildings on it. As an internal remedy, the real estate commission includes the closed Varosi. Varosi is not a dead zone. It is not legally possible to transfer it to the UN administration as the opposition claims. The UN's jurisdiction is only in the dead zone. Since Varosi is territory of the tdvk, the claims that it contradicts the UN Security Council are invalid. The opposition should now look at today, not stay attached to the past," he said.

In the new period, he continued, meaning after the "municipal elections", they will ensure as KEE the political decision to open the fenced area both in terms of infrastructure works and by supporting the candidate of the KEE and the other two parties of the "co-government" in specific "municipality", Erdal Ozcienc.

Atli says that the AKP is eyeing Nicosia and Famagusta

The president of the Communist Party, Mine Atli, speaking on an online show, referred to the large increase in the number of "citizens" of the pseudo-state, speaking of fraud by politicians regarding the recording of the address of residence of the voters. “Today, let anyone come in and see the electoral roll, how many people are registered at an address. In the election of the fourth president Mustafa Akinci years ago, we did this work and helped burn hundreds of fake votes. However, you or we should not be obliged to do this. The institutions of the state should undertake a supervisory duty in this matter," he said.

Interestingly, the areas with the biggest increase, he noted, are Famagusta and Nicosia. "In other words, these are the two municipalities on which the AKP that governs Turkey has its sights set," he added. People who will vote should have a sense of belonging, how can people who have only spent a year in this "country" and become "citizens" feel that way, he wondered.

In the meantime, the "prime minister" and president of the KEE, Unal Ustel, speaking in the context of a pre-election gathering with young people during his visit to Varosi, promised that the project related to the construction of social housing in the city of Varosi will soon be completed, as a result - he added - young people living in the area, to be able to acquire housing at a low price. "Our young people will thus be able to acquire a residence at a very affordable price. This is not only a promise, but our commitment."

Arguing that the KEE is a party that resolutely continues its efforts to reorganize the pseudo-state based on global reconstruction, Mr. Ustel referred to the importance of the "local government elections" stressing that together with "motherland Turkey they will proceed to great projects, to strengthen the town halls and the tdvc" as mentioned in the pseudo-state.