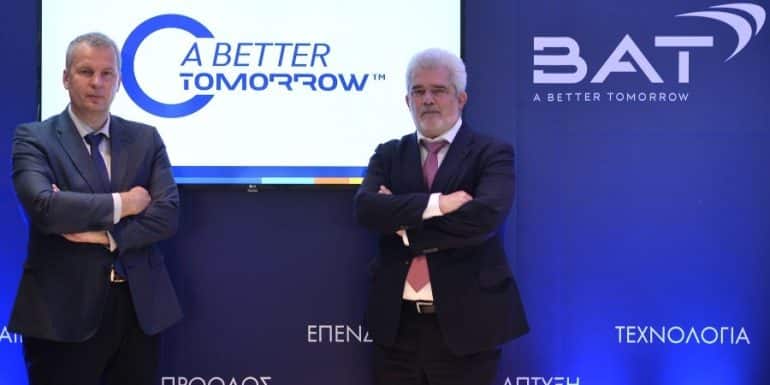 British American Tobacco, one of the largest groups in the world, has chosen Cyprus for significant investments focusing on the technology that brings the glo heated tobacco product to the Cypriot market. Overall, this move is going to make a significant contribution to the Cypriot economy and society, boosting employment with a significant number of new jobs and supporting the country's network of retailers and distributors.

The purpose of BAT is to create a Better Tomorrow (A Better Tomorrow), for adult consumers, for society and for the people of the company. The purpose of the Group is embodied in the decision for investments in Cyprus and marks the continuation of the significant contribution of the company to the Cypriot economy and society. In recent years, the company has contributed 500 million euros to public revenues, significantly supporting the Cypriot economy. At the same time, it supports about 5.000 employees through partnerships in the network of retailers and distributors.

The Rector of the University of Naples, Paphos, Professor Pantelis Sklias, said in his greeting: and technology. It is important that, in this complex economic situation, BAT chose Cyprus for this investment, giving significant support to employment and retail ".

The President and CEO of the company, responsible for the markets of Cyprus, Greece, Malta and Israel, Mr. Vitalii Kochenko, said: "BAT is on a journey of transformation in order to create a Better Tomorrow, reducing the impact of business in health. We are proud to bring innovation and technology to the local market, placing Cyprus among the markets that the international BAT group has chosen for this development "

At the same time, the investment will have a direct positive impact on retail, which has been significantly affected by the effects of the pandemic, as it will enrich the range of products available at traditional points of sale and modernize retail through high technology.

The Country Manager of Cyprus, Mr. Marios Argyridis, stated: “This is a particularly important moment as the launch of BAT heated tobacco product in Cyprus demonstrates BAT's commitment to offer adult consumers alternative tobacco and nicotine products with potentially reduced risk. . The product enters the Cypriot market as an affordable consumer offer while it is an alternative compared to smoking ".

The Head of Scientific Regulatory Affairs of the BAT Group, Dr. Sharon Goodall said: "We have developed the glo, with the aim of offering adult smokers who would otherwise continue smoking, an alternative product with a potentially reduced risk. An international scientific study conducted in the United Kingdom with more than 500 people showed that a complete transition to the glo heated tobacco product had an impact equivalent to smoking cessation on potentially harmful indicators. "These findings are very encouraging and support BAT's ambition for a Better Tomorrow, reducing the impact of our business on health."

BAT invests more than £ 350 million each year in the research and development of alternatives to potentially low-risk smoking products, such as heated tobacco products. Worldwide, more than 1.500 scientists and experts work in the company's R&D centers to ensure that adult smokers have access to a wide range of innovative products.

Glo hyper + in Cyprus is the latest model of BAT smoke heating product, combining the advanced smoke heating technology with the Neo smoke rods that are specially designed for use with the device. The first glo launch was a huge success in Japan. Today glo is available in more than 20 countries, including Greece. At the same time, the scientific team of BAT has carried out more than 320 scientific studies on the Group's heated tobacco products, following strict scientific protocols.

BAT is a leading consumer goods company, in many categories, in order to create a Better Tomorrow (A Better Tomorrow) by reducing the impact of its business activity on health, offering a wider choice of quality, potentially reduced risk, products to adult consumers.

The company continues to recognize that traditional cigarettes pose serious health risks and that the only way to avoid these risks is to avoid starting smoking. BAT encourages those who choose to continue smoking to turn fully to the scientifically proven alternatives of potentially reduced risk. To achieve this, BAT is transforming into a multi-category consumer product business that focuses on the consumer.

BAT's ambition is 50 million consumers of new products by 2030 and £ 5 billion in revenue from New Product Categories by 2025. BAT has set broad goals for the Environment, Society and Corporate Governance (ESG), including achieving a neutral carbon balance in all its activities by 2030, getting rid of unnecessary disposable plastics and the use of plastic packaging that will be reusable, recyclable or can be composted by 2025.