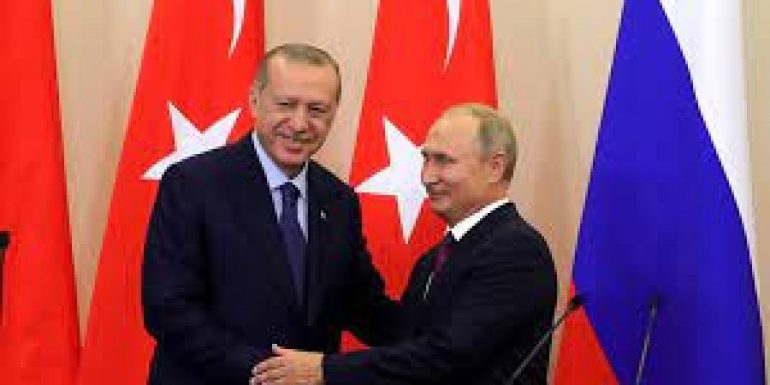 The normalization of Armenia-Turkey relations would undoubtedly contribute to the consolidation of the overall situation in the Caucasus region, said Russian Deputy Foreign Minister Andrei Rudenko, which is why Moscow welcomes "the recent demonstration by the willing to start their bilateral dialogue ".

"We note with satisfaction the appointment of their special representatives to discuss the difficult framework of normalization. "For our part, we are ready to provide mediation assistance in any form," he said in an interview with Russia Today, adding that Moscow "also and steps on both sides, which would lead to the gradual formation of an atmosphere of trust and good neighborliness ".

As A. Rudenko stated in the same interview, "the Russian peacekeeping body reliably ensures the ceasefire regime in its area of ​​responsibility (s.s. in Nagorno-Karabakh)", an assessment with which both Baku and Yerevan agree, but also confirmed The leaders of Armenia and Azerbaijan, Nikol Pashinyan and Ilham Aliyev, met with Russian President Vladimir Putin in Sochi a month ago.

"We do not face serious security challenges in the areas under the control of the (Russian) blue helmets. Peace has come to the region. Individual cases are not systemic in nature and are resolved in a timely manner in cooperation with both parties. In addition, our peacekeepers are actively involved in the post-conflict rehabilitation, "said the Russian Deputy Foreign Minister, noting that about 53 people had returned to their homes.