These are the results of Sigma's Archdiocesan poll 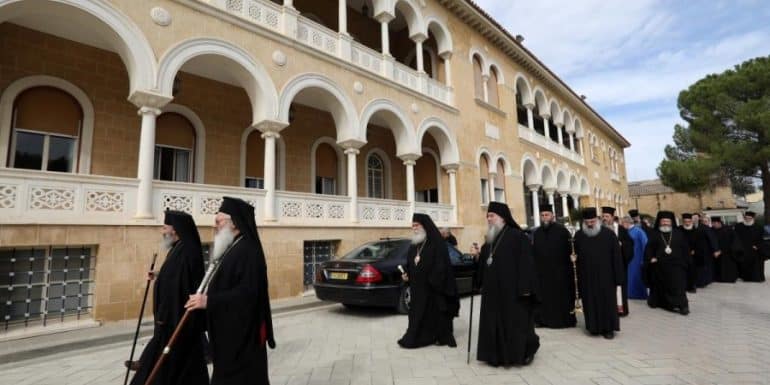 The results of Sigma's poll for the Archdiocesan Elections were released on the show "No Spins".

First, regarding the citizens' interest in the Archdiocesan Elections, 59% state that they are quite/very interested. 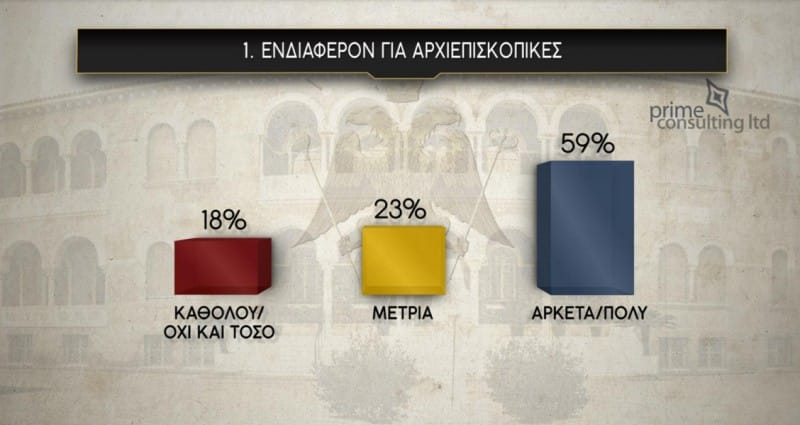 However, 52% disagree with the process. 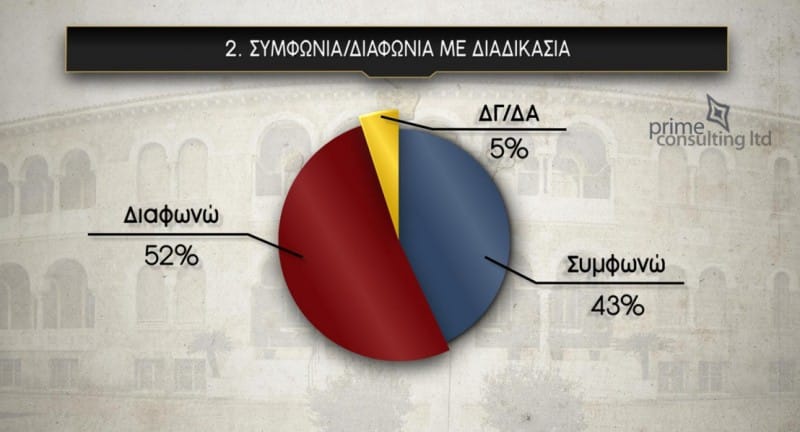 Even though the majority does not agree with the procedure, it will go to vote. In particular, 58% say they will definitely vote. 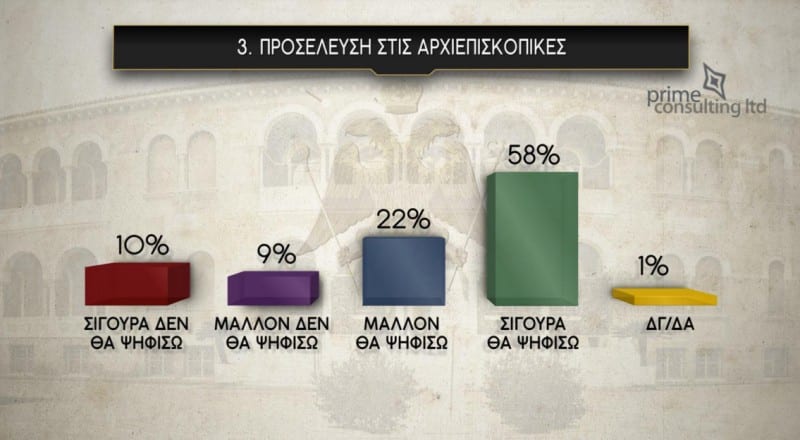 Most believe that the main characteristic of the next Archbishop should be honesty, followed by philanthropy and education. 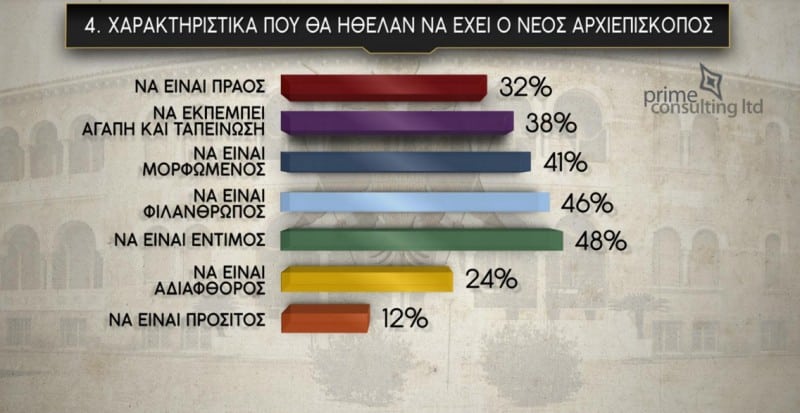 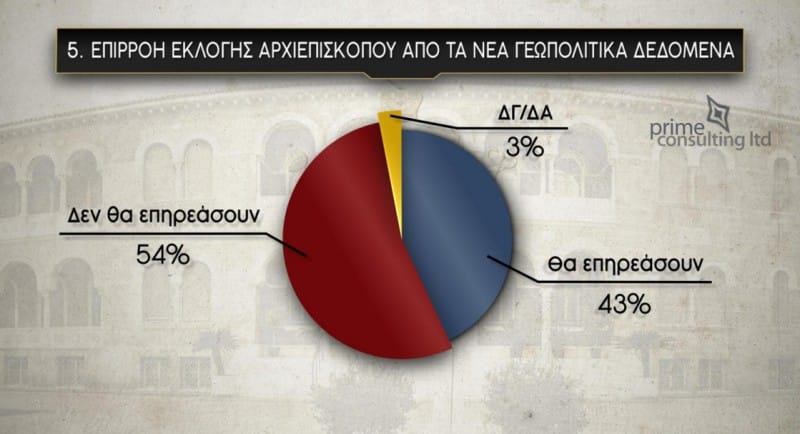 Closer to the people, according to the findings of the poll, is Limassol Athanasios. 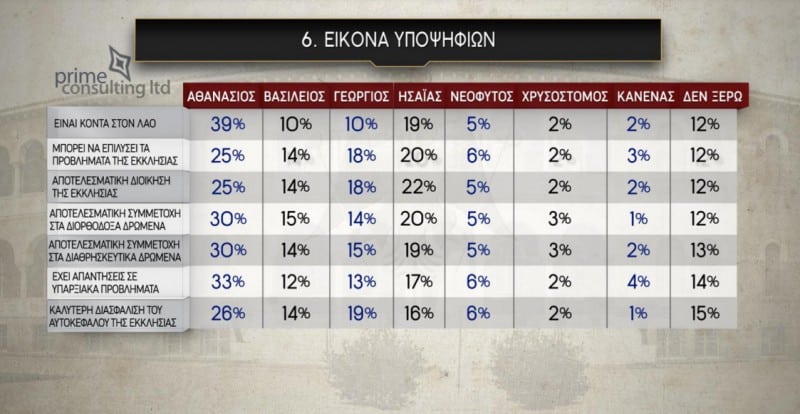 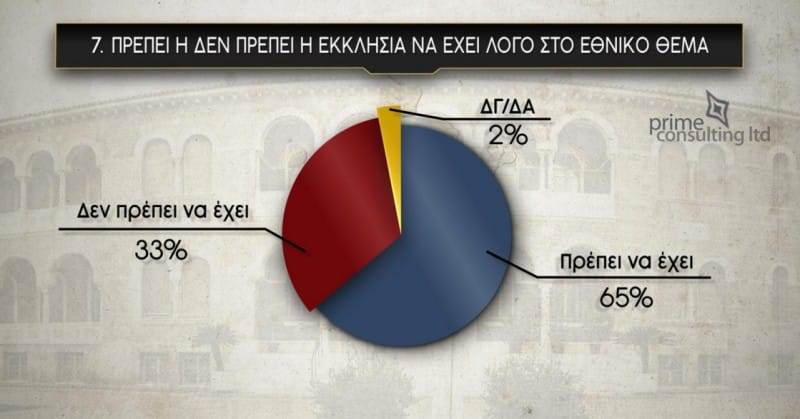 As for the victory performance, Limassol Athanasios appears first, followed by Pafos Georgios and Tamasos Isaia. 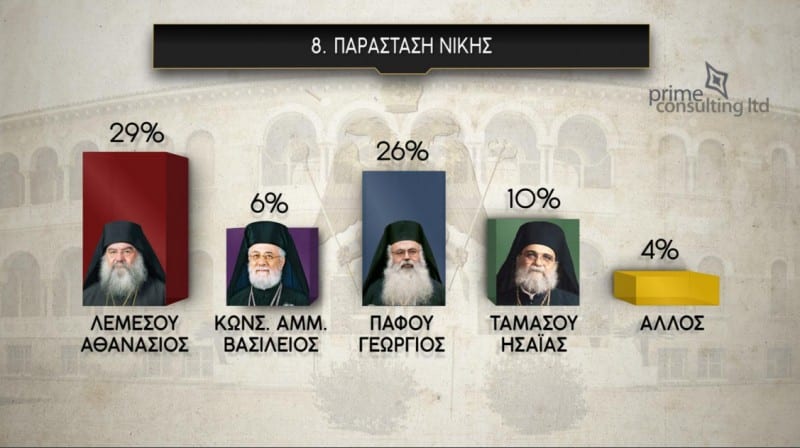 If the elections were held today, Limassol Athanasios would be first in voting intention with 26%, Tamasou Isaias second, Paphos Georgios third with 15% and Konstantias Vassilios fourth with 13%. In the last two places are Morphou Neophytos with 5% and Kyrineias Chrysostomos with 3%. 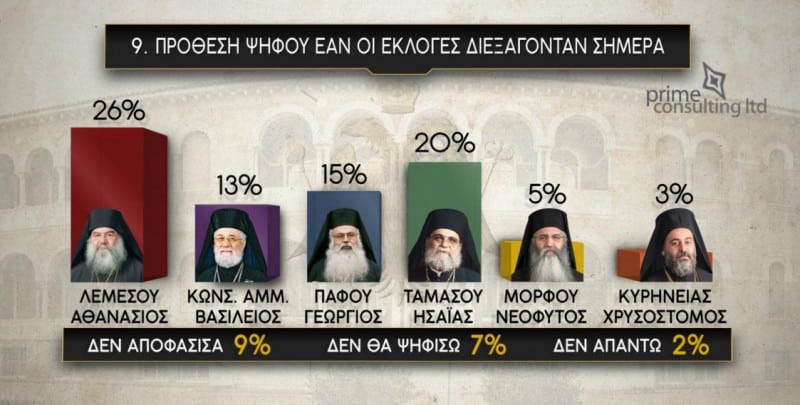 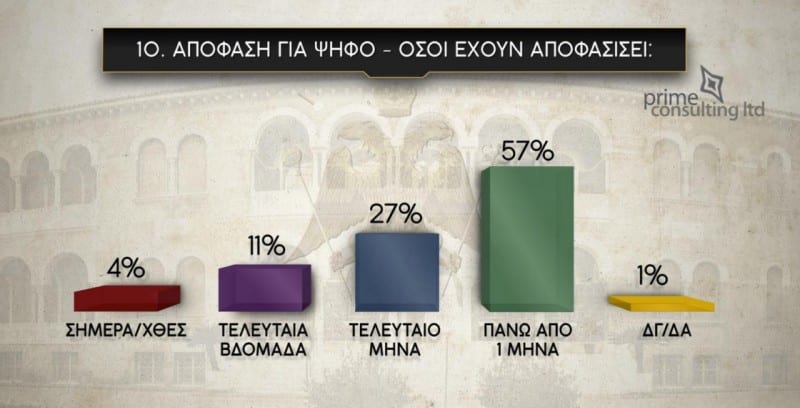 In relation to the certainty of voting, 88% of the voters of Morphos Neophytos state that they are sure of their choice. The corresponding percentage for Limassol Athanasios is 78%, while for Constantias Vasilios 76%. 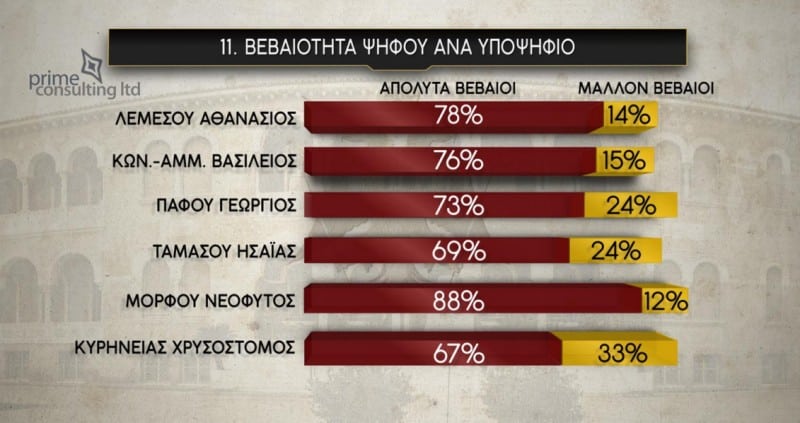