Photio: In the list of missing people are those depicted in photographs

What did the Commissioner of the Presidency, Fotis Fotiou, say? 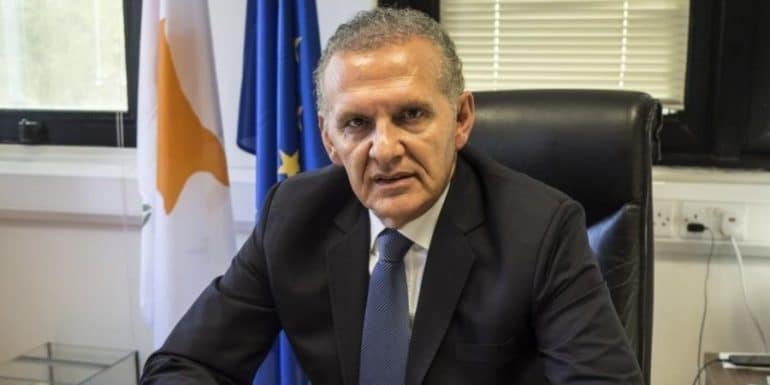 The people depicted in the recently published photos appear from the first assessment to be included in the list of missing persons, said the Commissioner of the Presidency, Fotis Fotiou, from the Presidential Residence in Troodos, answering a related question.

"This confirms once again the brutality of the occupying regime, the brutality of Attila, of how these compatriots of ours have been executed", said Mr. Fotiou, noting that what is important is to locate their burial places.

"There is information about some burial places of missing persons in Lapithos. We don't have anything concrete yet. The essential thing for us is to find the burial place", added the Commissioner of the Presidency, saying that all the testimonies are always evaluated by the competent services of the state.

Mr. Fotiou called on Greek Cypriots and Turkish Cypriots to provide whatever information they have, as even the smallest information, the smallest and most insignificant testimony can be very important for the Investigative Committee on Missing Persons (DIA).

In addition, he stressed that it is very important that the international community raises awareness of the issue, showing similar interest to the Cypriot missing persons, as it shows to the mass graves and missing persons in Ukraine.

"The issue of missing persons is not political, it is humanitarian. You must know that most of the parents have passed away. Now brothers and husbands are leaving too. You realize where we have come 48 years later", the Commissioner reminded, stressing that 48 years later we are still looking for more than 750 of our missing persons.

He added that "time is certainly our great enemy and you realize that the results of the IEA are worrying and we ask the international community, the UN, under which the IEA program is, the EU itself, which is the main sponsor of the IEA program, to exert the corresponding pressures on the occupying power to cooperate in solving an entirely humanitarian problem".

"What we saw in the last photos, like other testimonies we have, are war crimes and someone could accuse Turkey, and the international community should do it," said Mr. Fotiou.

The Commissioner concluded by saying that "what we will continue to do is to investigate all this information with the hope that we will also locate the burial places of these people", as, as he said, this is important.