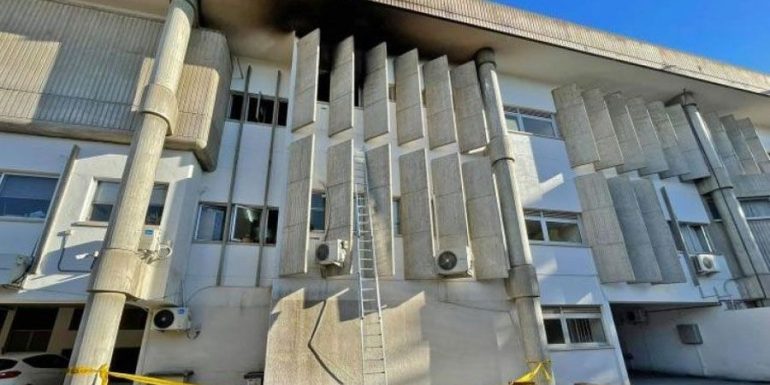 The Limassol Permanent Criminal Court today sentenced a defendant to 7 years in prison, who pleaded guilty to a building arson offense. The sentence concerns the fire that was maliciously set in a room for keeping evidence in the Limassol District Court, in July 2021.

According to the facts of the case, the accused was performing "tsiliadoros" duties while remaining in the area adjacent to the Court to check whether there was a Police on the scene.

The Court, imposing the sentence, emphasized that this is an unprecedented case in the historical chronicles of our place and that it differs from the rest of the genre. As an indication, the Court pointed out: "The offenders went so far as to set fire to the area where justice is administered, namely to the area where evidence is stored, in order to destroy evidence of a specific, ongoing case."