Famagusta: "Champion" in drug use according to research by the University. Of Cyprus

Negative record for the province of Famagusta - First pan-Cypriot in cocaine, ecstasy and amphetamine use according to a European Union survey 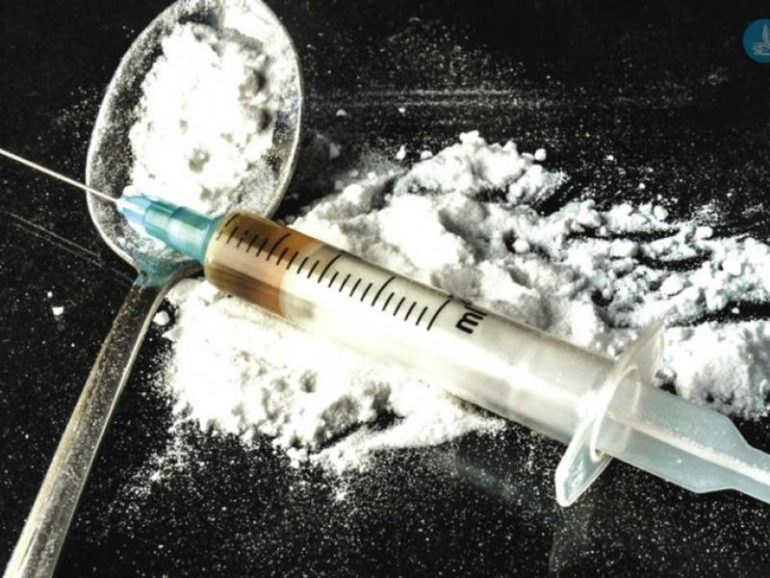 The results for Cyprus come from the cooperation of the International Nireas Water Research Center of the University of Cyprus with the Cyprus Addiction Treatment Authority.

In recent years, monitoring the composition of urban wastewater has become a very useful tool, which can provide scientists and society with valuable information, both about the use of various chemicals (drugs, drugs, etc.) in one community, as well as for the presence of pathogens (eg SARS-CoV-2, polio, etc.). This method is known as wastewater epidemiology and is based on collecting incoming wastewater samples from the entrances of an area wastewater treatment plant and analyzing them to determine chemical or biological indicators. The findings in the specific samples are attributed to the residents of the area served by this station.

As the Dr. Despo Fatta-Kasinou, Professor of the Department of Civil and Environmental Engineering and Director of the International Water Research Center NIREAS of the University of Cyprus, since 2012 the Center has developed a methodology based on wastewater epidemiology, for the measurement of illegal drugs in the wastewater of Nicosia and Limassol. In fact, from 2020, the new coronavirus SARS-CoV-2 is being monitored by the NIREA research team.

The Research Center has been actively involved in the European SCORE network for over a decade, under the auspices of the European Monitoring Center for Drugs and Drug Addiction (EMCDDA), providing data on illicit drug use. in Nicosia and Limassol. Having signed a Memorandum of Understanding last year with the Cyprus Addiction Management Authority (AAEK) and with the support of AAEK, now measurements of drugs in incoming wastewater treatment plants in Cyprus that reflect the use of substances in their larger community networks. stations in Nicosia, Limassol, Larnaca, Paphos, and the area of ​​Ayia Napa - Paralimni. This data is also provided in the SCORE network.

According to the protocol defined by the SCORE network, every year samples of incoming wastewater are collected on a daily basis for a week and measure the concentration of amphetamine, methamphetamine, MDMA (ecstasy) and benzoylecgonine, which is a biological indicator of cocaine use. In addition, with the financial support of AAEK, in the laboratories of the International Water Research Center NIREAS, in 2021, a methodology was developed that controls the effluent and the levels of oxycodone, mephedrone, ketamine and its metabolites, as well as its heroin and metabolites ( , monoacetylmorphine).

Today, the European Agency for Reconstruction and Development (EMCDDA) publishes the results of a survey conducted in the spring of 2021 by the SCORE network, which this year involved 75 European (a total of 90 cities from around the world), including Nicosia, Limassol, Paphos, Larnaca and the Ayia Napa-Paralimni area, with the findings of particular interest.

For another year, the countries of Western and Southern Europe (Belgium, Spain, the Netherlands) are proving to be "champions" in cocaine use, but now there is an increase in its use in Eastern European countries, while in the majority of cities where measurements were made. , there is an upward trend in the consumption of this substance, compared to the previous year.

MDMA was the only drug found in lower levels in most European cities, compared to the previous year, with the highest consumption occurring in Central and Northern European countries (Belgium, Germany, the Netherlands). The study also found increased use of cocaine and MDMA over the weekend, compared to daily.

In terms of amphetamine use, the scepters of the first places are held by the countries of northern Europe and Eastern Europe, with the Netherlands, Sweden and Belgium being in the highest positions. In the case of amphetamine, in most countries increased use was found in 2021, compared to 2020. Of particular interest are the findings on the use of methamphetamine, which was traditionally more widespread in the Czech Republic and Slovakia, but now significant consumption The substance is also observed in other countries, such as the Netherlands, Belgium, but also in Cyprus, as the EMCDDA points out in its announcement.

In Paralimni and Ayia Napa the highest levels of drugs

As the Dr. Psychoudaki, main researcher of the project, the use of methamphetamine in our country remains below the average of the participating cities (5 to 20 times lower), but in a higher position compared to other drugs. Its greatest use in Cyprus in 2021 is located in Paphos and in its areas Nicosia. In addition, Cyprus is at the bottom of the European rankings in terms of cocaine, ecstasy and amphetamine use. It is worth noting that the highest levels of these drugs that were measured in Cyprus, were found in the area of ​​Ayia Napa-Paralimni.

Finally, the Dr. Christos Minas, President of the Cyprus Addiction Treatment Authority, noted that the scientific data communicated today are a valuable tool for policy-making in the field of substance abuse.

All the results of the SCORE survey are presented at the link: https://www.emcdda.europa.eu/publications/html/pods/waste-water-analysis_en