The woman seems to have been very scared "and left to the nightmare findings" of the 'expert', who charged her €411.000 to exterminate the termites 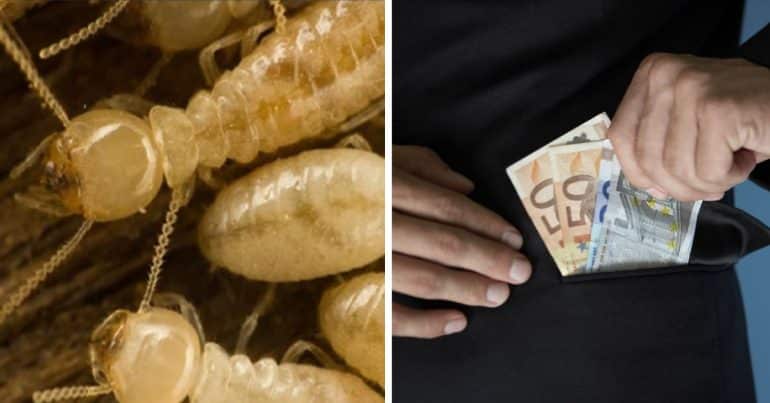 A sum of €411.000 euros was allegedly extracted by the owner of a company in Cyprus, from a woman who had invited him to her home to examine damage to the wooden structure of the house, which he told her had been caused by termites.

According to what has been reported, the owner of the company based in Engomi "after inspecting the house, told her that he found many nests of termites in the wooden beams of the roof, telling her that this was very dangerous and that it was only a matter of time before the whole thing collapsed the roof of her house and to overwhelm her, since the termites had invaded the whole house even inside the ground. He also told her that Belgian researchers will arrive in Cyprus to 'investigate' the specific termites found in her house and that her case will be presented at a special seminar in Spain next year, which she should also attend."

The woman seems to have been very scared "and left to the nightmarish findings" of the 'expert', who charged her €411.000 to exterminate the termites.

Police sought and obtained search warrants for both the suspect's home and the company's offices. The company's lawyers protested alleging that computers were illegally seized from their offices and appealed to the Supreme Court for leave to file an application for a writ of certiorari to quash the search warrant. The Supreme Court gave the relevant permission and the continuation is expected, which however does not concern the essence of the case.