Nouris: Impressive increase in interest for the establishment of foreign companies

"Impressive increase in interest from foreign companies to settle in Cyprus" 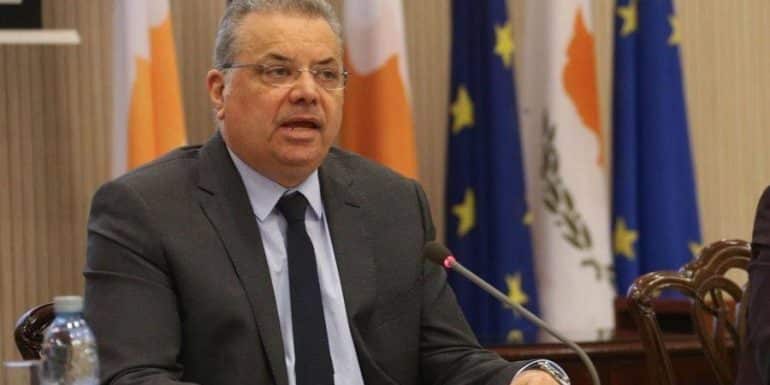 The adoption of the New Strategy for Attracting Businesses and Talents has led to an impressive increase in interest from foreign businesses to set up in Cyprus, said Minister of the Interior Nikos Nouris, noting that in 2021 5.475 applications were submitted, while by August 2022 the applications reached the 7.883.

Mr. Nouris, who was speaking during the VIII Business Conference in Limassol, said that the initiatives, on the part of the Ministry and the Government, "create new opportunities, both for existing and for new businesses that intend to be transferred to Cyprus".

Briefly presenting the legislation and regulations that make it easier for foreign companies to settle in Cyprus, to employ staff from third countries, accompanied by their families, Mr. Nouris said that the aim is to enable businesses to cope better "in this new reality created by the pandemic and the recent effects of the financial crisis".

In particular, he explained that the incentives given by the Ministry Internal, they fall under the New Strategy for Attracting Businesses and Talents, the New Development Licensing Policy as well as the New Licensing and Local Planning Policy. He also assured that "the government's efforts to improve the economic and business climate are systematic and continuous".

Mr. Nouris referred to the Mechanism that entered into force from 2020, for the rapid establishment of businesses in Cyprus, which evolved in 2022 into the Business Facilitation Unit, under the Ministry of Energy, Trade and Industry. He also noted the contribution of the revised policy for foreigners arriving in the country in the context of business activity, in order to facilitate the relocation of citizens of third countries, as well as their family members, and also to allow the employment of spouses.

He also explained that until the end of 2026, the existing companies with foreign interests will be able to employ employees from third countries, without numerical limitation, while from 2027, the maximum number of these employees will amount to 70% of all employees of the company. company.

"The adoption of the New Strategy has led to an impressive increase in the interest of foreign companies to settle in Cyprus," Mr. Nouris emphasized, adding that in 2021 5475 applications were submitted, while by August 2022 the applications reached 7883. He said , that 4242 applications for the settlement of families connected to foreign businesses in Cyprus were submitted in 2021, while this number reached 4524 applications in the first eight months of 2022.

Mr. Nouris also referred to the measure of granting a special visa for Digital Nomads, saying that there was also an increased interest in 2022, with 127 applications from third country nationals until August, which were approved. Initially, it was decided to grant this special visa to 100 people, a number that was revised to 500, due to the increased interest. The visa is granted for one year and there is room for renewal for two more, the Minister explained.

Finally, Mr. Nouris referred to the response to the arrangement for electronic submission of applications for planning permits, saying that 4.080 applications were submitted, of which 3.327 were approved, i.e. 82%. As he explained, through this process, applications relating to one or two residential developments on approved plots can be approved, even within 10 days, and he added that from September 15, this arrangement was extended to include more complex developments. He also expressed the hope that by the end of the year the Parliament will also approve the bill to facilitate strategic investments, worth more than 20 million euros.