Flesh and bones for the first gender identity change bill 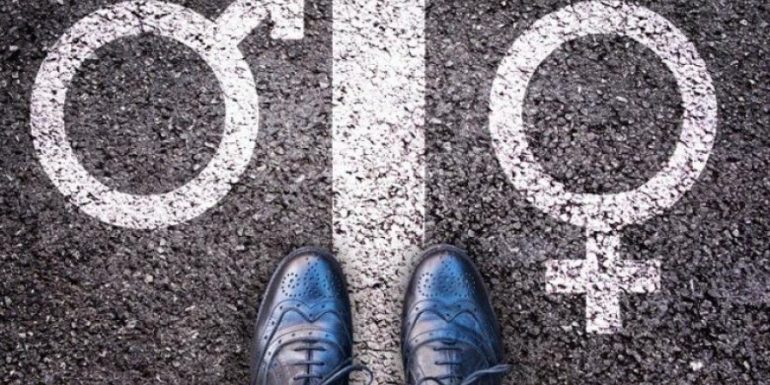 Statements at the end of the Legal Committee of the Parliament were made by the Minister of Justice. Stefi Drakou presented for the first time the bill entitled "the "legal gender identity recognition law of 2022".

This is a pioneering bill, which was a commitment of the Government and which establishes a clear legal framework, with clear, transparent and easily accessible procedures for the legal recognition of a person's gender identity.

It is recalled that such a procedure is already applied in the Republic of Cyprus, but on the basis of an administrative procedure followed by the Department of Population Records and Immigration, since 2019.

After all, the concept of "gender identity" is not unknown in our Cypriot system. It is found in the Criminal Code, the Act on the Prevention and Combating of Violence against Women, the Act on Protection from Harassment and Harassing Surveillance.

By the term "gender identity" we mean the way in which the person himself experiences his gender, regardless of the gender registered, based on his biological characteristics, at birth.

Basic Provisions of the Bill

The bill was prepared by the Ministry of Justice and Public Order, in collaboration with the Commissioner for Legislation, and was subject to public consultation.

The bill establishes the process of legal gender identity recognition, which, as I have already mentioned, is based on the principles of self-determination, human dignity and bodily integrity.

Simply put, it provides for the process of changing a person's registered gender details on official documents: identity card, passport, voter book, birth certificate, so that they agree with the gender as experienced by the person in question.

The person does not need to undergo any surgery, medical treatment or psychiatric consultation.

It is a simple and easily accessible process.

Specifically, the applicant submits a written application for the issuance of a legal gender identification certificate to the Registrar (if it is a Cypriot Citizen) or to the Director of the Population Record Department (if it is a Cypriot born abroad and refugees residing in the Republic or a refugee).

The application is accompanied by an affidavit signed in person before a District Court Recorder, indicating the desired gender, name and surname while declaring that the person submits the application of their own free will and understands the consequences of this procedure.

The right to legal gender identity recognition is granted to (a) Cypriot citizens, including minors who have reached the age of 16, (b) Cypriots born abroad but registered in the Population and Migration Register and (c) refugees.
It is a condition, however, that the applicant is not married. Whereas, this right can be exercised up to 2 times.

The decision is issued (by the Registrar or Director), within 30 days. In case he approves the application, a new identity card, passport, voter book, birth certificate with the new information is issued.

In addition, a legal gender identity certificate is issued which is valid for everyone. That is, with the presentation of the certificate, every authority, entity of the public or private sector must review the details of this person, which are registered in the databases it maintains. It is the applicant's responsibility to ensure the immediate change of his details in the various services. Failure to do so will be deemed to have committed a criminal offence.

It is noted that any rights, obligations, and any kind of relationship with a criminal case or other liability of any nature of the applicant, which were created before the issuance of a certificate of legal identification of gender identity still exist after its issuance.

In addition, the rights and obligations of said persons in relation to their children are not affected. In fact, the issuance of the certificate does not automatically change the children's birth certificate or any documents concerning their children.

As for minors who have the right to legal gender identity recognition, i.e. 16 to 18 years old, the process becomes stricter.
Specifically, before the submission of the application by the parents, the latter must have gone to the Family Court in order to achieve the issuance of a relevant decree.

In order to issue a decree, the Family Court must request and receive a positive, unanimous, opinion from the Juvenile Gender Identity Committee, which is established based on the provisions of this bill, and is composed of an official of the Social Welfare Service, a child psychiatrist and a psychologist.

A very important provision of the bill is that medical operations for the purpose of changing the sex of a minor are expressly prohibited, except where, at the discretion of the attending physician, there is a serious health reason that puts the minor's life at risk. This provision is intended to protect transgender individuals, who at a very young age are subject to operations without their consent, often with harmful consequences for their development (Article 10).

"In closing, allow me to express my thanks to all those who contributed to the preparation and enrichment of this bill.

I am sure that the promotion and passing of the bill will be a very important step in favor of the protection and safeguarding of human rights.

The Republic of Cyprus is one of the last members of the European Union and of the Council of Europe which has not established a clear legally protected procedure for the legal recognition of gender identity. As a modern State of Law, we must take this step as well", said the Minister.