Kasoulidis: Let the Cypriot press decide whom to believe

The Minister of Foreign Affairs was also present at the meeting with the UN Assistant Secretary General for Europe, Central Asia and the Americas Mr. Miroslav Jenča 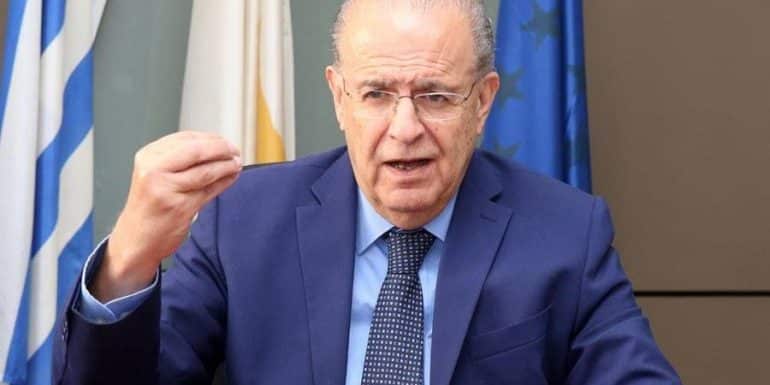 The UN Assistant Secretary General for Europe, Central Asia and the Americas, Mr. Miroslav Jenča, was met today by the President at the presidential palace. The Minister of Foreign Affairs was also present at the meeting.

Ioannis Kasoulidis made statements at the end of the meeting. Among other things, when asked about the ongoing Turkish provocations, he said,

“consecutive possession challenges. Challenges in the Dead Zone, challenges that quickly achieve recognition in the organization of Turkish-speaking countries or elsewhere..

Referring to the actions taken by our side, the Foreign Minister characteristically said, "we moved heaven and earth". He added that his own actions were taken with telephone communications, interventions by our partners in the EU and at the level of Ministers and at the level of external relations. As he said, there were interventions from both the US and China. "We crossed that they moved...", he noted.

Regarding any developments surrounding the Cyprus issue and the elections, the Foreign Minister said that he hopes that the messages will get through so that the situation does not get worse from now until the Presidential elections. "When you are in an election period and such a degree of dissatisfaction is created in the Cypriot public opinion, the candidates, without exception, are obliged to make commitments from which whoever is elected will be difficult to come back from."

Asked if he is worried about any negative developments until the elections, the Foreign Minister said that "I spoke publicly about the dangers for Famagusta, about interventions in the EEZ with drilling by Turkey. I didn't do it to scare the Cypriots, I did it as a precaution... indeed at the moment we don't foresee any actions in the short term. Maybe we'll see later..." he said.