The ship was welcomed in Piraeus with music (vid) 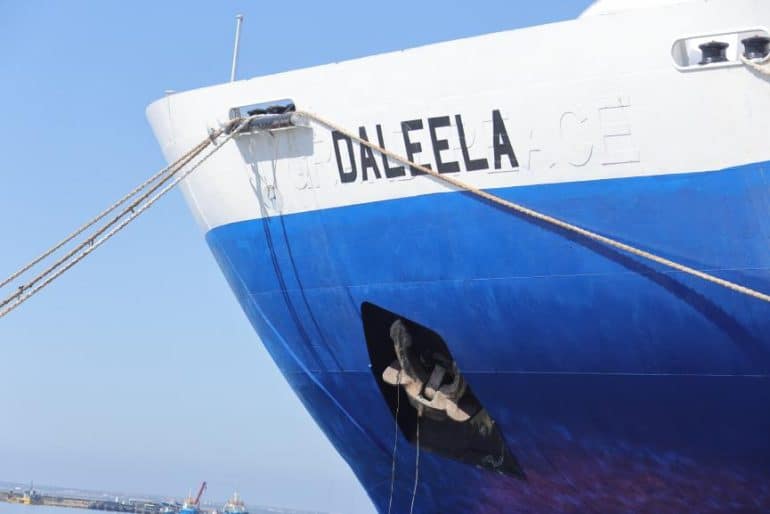 The Deputy Minister of Shipping, Vassilis Dimitriadis, expressed his satisfaction and emotion for the completion of the first voyage within the framework of the sea passenger connection Cyprus - Greece, upon the arrival of the ship "M / V Daleela" in Piraeus. The Deputy Minister of Tourism of Greece, Sofia Zacharaki, spoke about the strengthening of the unbreakable thread that binds the two countries.

The Municipality of Piraeus welcomed the passengers of the ship to the sounds of the Philharmonic.

According to the Deputy Minister of Shipping, this voyage was completed after 21 years. "I think, as President Anastasiadis said yesterday, the umbilical cord by sea between the two countries is being re-established with this trip and I call on both Cypriots and Greeks to embrace it to make it sustainable so that they can enjoy it forever," he said. As he said, from this development emerge prospects for further development of maritime tourism between the two countries.

For her part, the Deputy Minister of Tourism of Greece, Sofia Zacharaki, praised the Republic of Cyprus for the creation of the line "because it really worked hard to make the dream come true". He expressed the support of the Greek government in the project since, as he said, "the goal is to support this line to become sustainable, to be strengthened more".

"I think today the thread that inextricably links the two peoples is becoming even stronger. "We want this cooperation to become multidimensional", he noted.

He pointed out that in cooperation with the Ministry of Tourism of Cyprus, efforts are being made to expand the cooperation to other forms of tourism.

A welcoming ceremony followed in the presence of the Deputy Minister of Shipping and Island Policy of Greece Costas Katsafadou, the Ambassador of Cyprus to Greece Kyriakos Kenevezos, the Deputy Mayor of Piraeus Dimitris Karydis and other officials.