Bride decided to do the wedding alone, after the groom "blew it off" (vid) 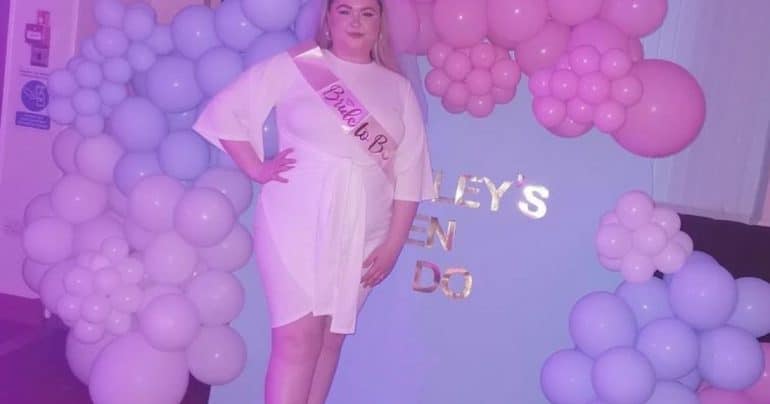 A bride in Wales she decided to go ahead with her wedding, despite the fact that the groom did not appear that day at church.

Η Kayley Stead on the morning of the wedding she discovered that her husband-to-be had no intention of following her in the mystery. Despite her heartbreak, the 27-year-old bride made the big decision to go ahead with the big day of her life with her close circle at a hotel on Wales. After all, he had already paid for the catering and didn't want all to go to waste.

So she normally put on her wedding dress and made a triumphant entrance into the hall where the reception was planned. She danced with the crowd, took pictures, and shared the wedding dance with her groomsmen, siblings and father.

The only thing he had to cancel was his honeymoon. However, despite the fact that she calmly faced what happened to her, she did not hide the shock of the groom's decision to shake everything at the last minute.

“I tried to contact him, but I got no response. I didn't get the reason, but now I don't care. A shocker to me, I had no idea he would do something like this, but I want to put it all behind meKayley said.

He then added: “We woke up at a quarter past six when the make-up artist arrived, had breakfast together and then started getting ready. One of the groomsmen contacted my best friend and told him the groom was gone. He didn't tell me anything until they decided what would be the best way to tell me before I found out from someone else».

Around 11 in the morning, as the Kayley sat down to have her hair and makeup done, she spoke to the father of the groom, who confirmed that her fiancé would not be showing up.