Commission Representative: Steps in the wrong direction actions in Varosia 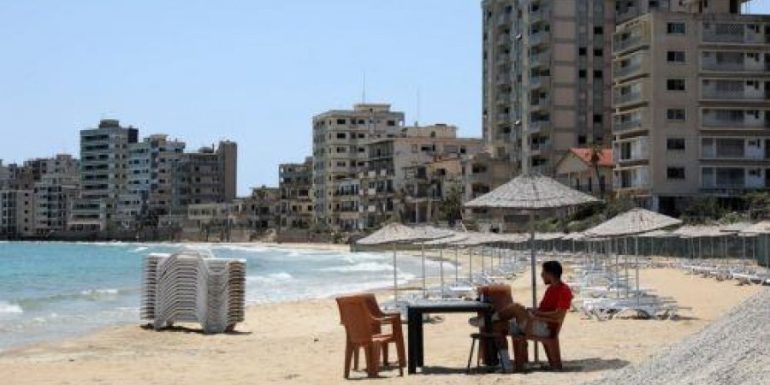 Turkey and the Turkish Cypriot side are well aware of the European Union's position in relation to the besieged city of Varosia, said a representative of the Commission in KYPE, commenting on the further opening of a beach in the enclosed area of ​​Varosia as a step in the wrong direction.

Answering a question in the context of the noon press conference in Brussels, the representative of the Commission, Stephane de Kirsmacker, noted that the Commission is aware of the specific actions and that it is following the developments with great concern.

"The Turkish government and the leadership of the Turkish Cypriot community are fully aware of the EU's position on Varos," said a spokesman for the Commission for Regional Policy and Structural Reform.

"We continue to be guided by the United Nations resolutions on Varos, which consider any attempt to occupy any part of the city by individuals other than its residents unacceptable, and call for the transfer of management of the area to the United Nations," he added.

As he stressed, "no step should be taken in relation to Varosia that is not in line with these resolutions", emphasizing that the opening of new sections of the beach or its preparation for the summer season as recently broadcast by the media are another step in the wrong direction. "

"The EU reiterates the need to avoid unilateral actions in violation of international law, as well as to avoid new challenges that could escalate tensions on the island and undermine ongoing efforts to find common ground between the parties. "a permanent settlement of the Cyprus issue that is in line with UN Security Council resolutions," he noted.

Asked to clarify what actions the EU can take in this regard and in general the Turkish interventions in the internal affairs of the Turkish Cypriot community, the spokesman said that he could not add anything more than the re-formulation of the position that actions undermine UN Security Council resolutions are unacceptable.