Rizokarpaso: The repair of the monastery of the Apostle Andreas is in progress 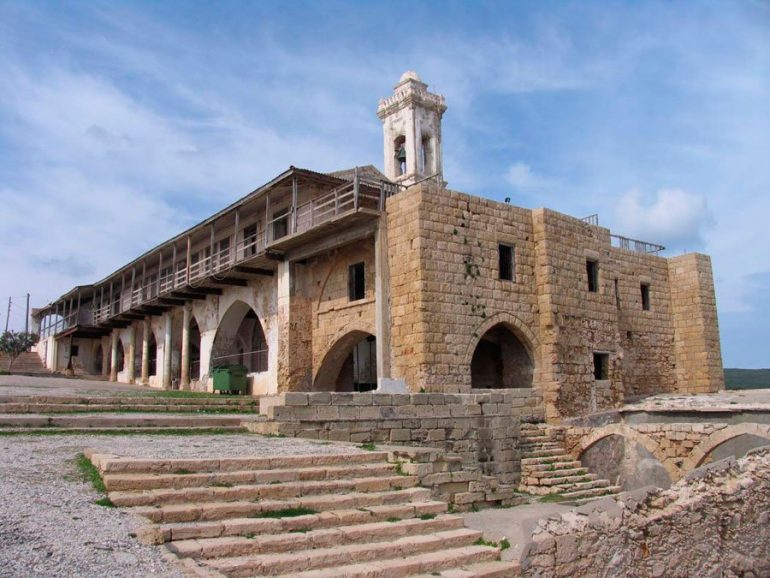 The procedures for repairing the problems that were recently caused in the monastery of Apostolos Andreas, in the occupied Karpasia, are going on, after a lightning strike, said the Deputy Head of the bi-communal Technical Committee for Cultural Heritage, Takis Hatzidis.

In statements to KYPE, Mr. Hatzidimitriou said that the damage is limited and is being addressed. After the lightning struck, the bell of the bell tower collapsed, causing damage to the roof onions.

"The cost of the damage has not yet been assessed, we are at the stage where technicians are studying the problem," he said, adding that the contractor is expected to receive instructions from the United Nations Development Program (UNDP).

In addition, Mr. Hadjidimitriou stated that three projects of the Technical Committee will be delivered soon. Specifically, he said that the restoration works of the church of Agios Artemonas in Afafia will be completed in early March, followed by Agios Andronikos Kythreas, possibly in mid-March.

At the end of the same month, the second phase of the works in Panagia tis Assias, which includes the wall of the church, is expected to be completed. Restoration of the temple has already been completed, with the technical committee hoping the wall will help protect the temple from future flooding.

In addition to the three works that will be completed soon, the restoration works of the church of the Archangel Michael in the occupied Gialousa and the church of Saints Sergius and Bacchus in the occupied Agios Sergis are in progress. At the same time, the plans and the announcement of offers for the Orunda mosque are in the process of being approved.