Ark of the World: Investigations at the Juvenile Prosecutor's Office

"Let no other man be in this position," Father Antonios said 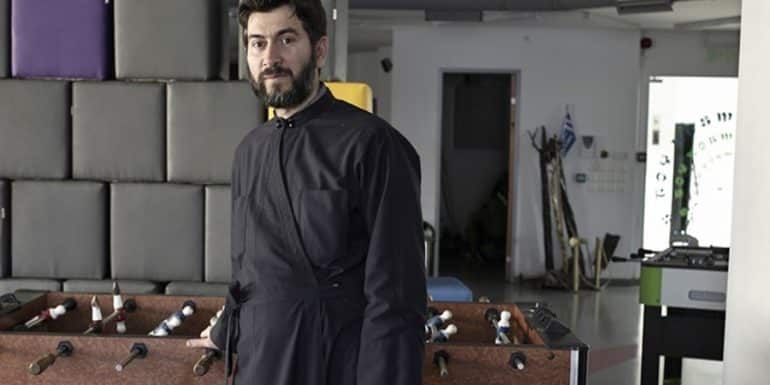 The head of the NGO in Kolonos, Father Antonios, gave interviews yesterday stating that he was surprised by the allegations.
The Juvenile Prosecutor's Office has taken over the investigations into the complaints regarding incidents of neglect and abuse at the "Kivoto tou Kosmos" amid strong reactions from the NGO's founder, Patera Antoniou.

The head of the NGO in Kolonos, Father Antonios, gave interviews yesterday stating that he was surprised by the allegations.

Father Antonios: "We don't know anything, I'm outraged"
In his first appearance on Friday morning on Alpha, he said he was "saddened", "saddened" and "surprised" about the allegations that have been made public, adding that "we have dedicated our lives, twenty-five whole years, to the child that is in need and in danger".

In the evening, Father Antonios spoke to ERT with his elder Stamatia Georgantis by his side, saying that he is outraged, as these are "non-existent lies".

"We are saddened and distressed by this whole wave of complaints. We have done our research and what is being reported is unfounded lies. I am outraged. I have heard of hard work when talking about therapeutic programs on farms. We heard that the children were locked up."

"We don't know anything. "Suddenly a 25-year-old project is being accused by everyone without proof and control," he emphasized and asked for respect, as many children live in the "Ark of the World".

"We try to help the difficult children who come to us" noted Father Antonios. "Many talk about things they don't know, while we have experience," he added.

When asked why the children did not speak to him but to the authorities, he replied that he has a very good relationship with all the children. "Many times I am the breakwater" said Father Antonis.

"Many times we may clash with children, because we will not allow delinquent behavior. This is a very painful process, which we face every day," he said.

"I have given my life. I don't know if this is wrong. I have given what I have and what I have not. We've never had a vacation so I'm always on top of these kids," he added.

The elder, for her part, emphasized that she believes that there are interests behind the complaints and that the children who spoke to the authorities may be motivated. "An entire organization is involved. We have worked with children for 25 years and have received checks from everywhere," he said. He estimated that some children are taking revenge because delinquent behavior is not allowed in the 'Ark'.

"If our love and interest is 'paid' with complaints, they don't understand," he added. "How can we apologize for something that has not been proven" asked the elder emphasizing that this whole story has caused them great harm.

"May no other person be in this position" wished Father Antonios.