"Sovereign rights of the country cannot be implemented because Turkey prevents them. An example is energy" 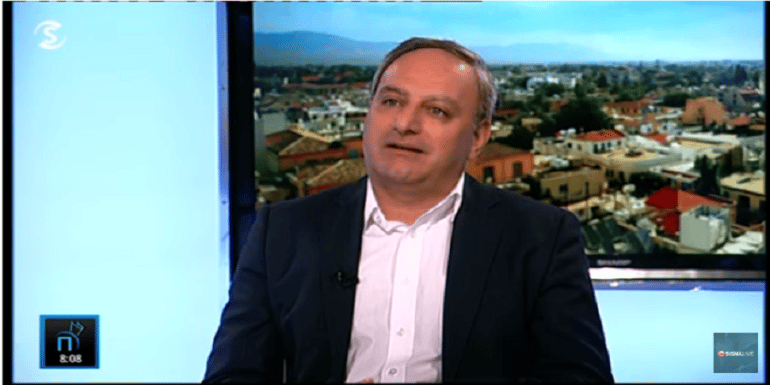 The General Secretary of AKEL, Stefanos Stefanou, was hosted on Protoselidos, who spoke about the Cyprus problem and about the choice of supporting Andreas Mavroyiannis.

He first spoke about Omonia's match against Manchester United at the GSP, stating that "a defeat is a defeat, but the team saw in the eyes a team of global scope". He added that he was moved that the stadium was packed. "The highlight was the parade with the flag of Cyprus and the banners that were put up in Greek and Turkish with the message that peace in Cyprus will not be hindered."

Speaking about the Cyprus issue, he said that the prolonged impasse with Turkey exonerated, is being exploited by the occupying power, creating new fait accompli. "Officially, the Turkish side proposes a two-state solution and if we do not manage to break the prolonged deadlock, then time will lead us to the consolidation of the partition."

He added that the Republic of Cyprus must take initiatives to rekindle the interest of the nation factor. "The international actor began to get used to the frozen conflict."

He pointed out that the events of recent years have proven even to the last skeptic that without a solution to the Cyprus problem, many things that could be done are not done. "Sovereign rights of the country cannot be implemented because Turkey prevents them. Energy is an example."

Mr. Stefanou mentioned that in the region there is a regional thug such as Turkey. "We don't know how he will react," he said.
He emphasized that the Anastasiades government received an integrated energy plan with the main axis being the creation of a natural gas liquefaction plant. "When I went with Dimitris Christofias to Israel, Netanyahu begged for a station in Cyprus because we were the only country he trusted." He added that the government has loosened the planning.

He then spoke about the pre-election campaign and AKEL's support for Andreas Mavroyiannis, mentioning that Mr. Mavroyiannis is not behind in the polls. "In all opinion polls, he is roughly in the same position as Averof Neophytou."

He added that Averof Neofytou and Nikos Christodoulidis have been campaigning for two years, while Andreas Mavroyiannis only for two months. "The scene is set from October to December, which are the critical months. In 2018, Stavros Malas lagged behind Nikolas Papadopoulos and Nikos Anastasiadis in the polls, and in the end we saw different results."

He added that Mr. Mavroyiannis is in a very good position. "The main points are the further mobilization of the space of the left and the increase of input from other party spaces something we saw in the last gathering."

Answering the question of whether Mavroyiannis is an option to lose, he said that AKEL chose a candidate who has the knowledge, is honest and sincere. "Society was not ready to accept a candidate from the left."

He also mentioned that they themselves are convinced that elections can be won through hard work.

Mr. Stefanou emphasized that AKEL is proceeding with the implementation of decisions taken at the conference with the aim of improving AKEL's processes and structures, but also strengthening it towards society.

Finally, he answered why Irini Charalambidou is not a candidate of AKEL, noting that they put down various characteristics. "We made a choice to win these elections for the benefit of society and Cyprus."