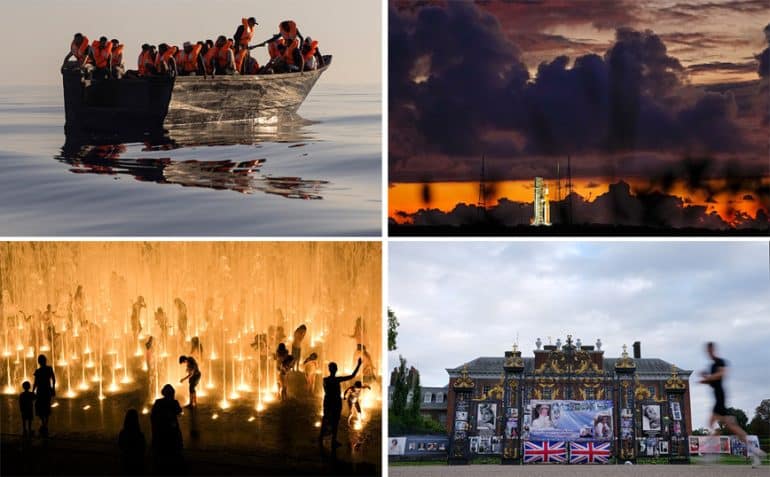 At a time when tensions around the world have turned red and humanity is facing increasing difficulties, fortunately there are the lenses and the gaze of photographers who capture this daily "battle". 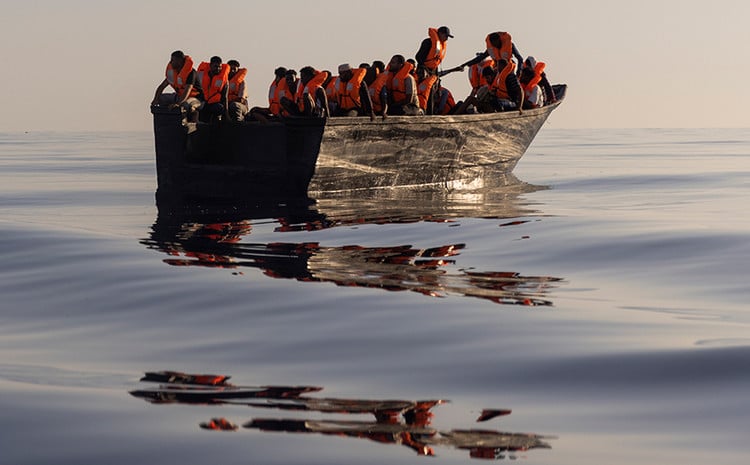 Migrants with life jackets provided by volunteers from the Ocean Viking, a migrant search and rescue ship operated by the NGO SOS Mediterranee and the International Federation of the Red Cross (IFCR), on a wooden boat during their rescue operation about 26 nautical miles south of the Italian island Lampedusa in the Mediterranean. In total, 87 survivors were rescued, including 3 women and 25 minors.

A composite photo dated March 24 and Aug. 28, 2022, provided by Maxar Technologies, shows the Indus River after flooding in Rajanpur, Pakistan. The death toll from widespread flooding in Pakistan has surpassed 1.000 since mid-June, officials said last Sunday, as the country's climate minister called the deadly monsoon season a "severe climate disaster."

Florida, USA: Trip to the Moon 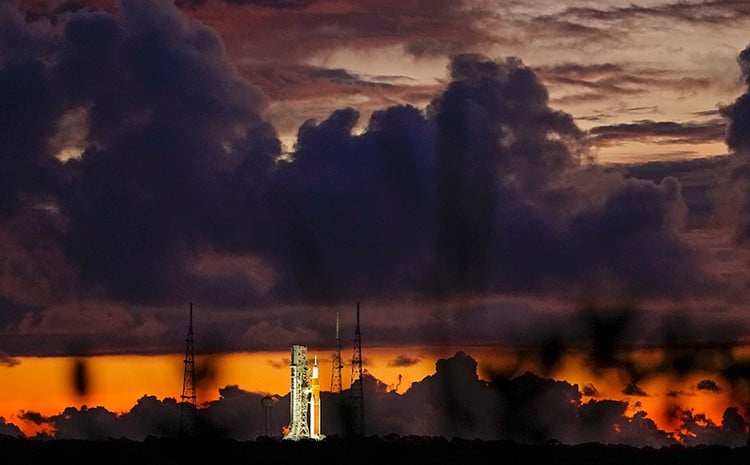 NASA's lunar rocket stands ready at sunrise on pad 39B ahead of the Artemis 1 lunar orbit mission at the Kennedy Space Center in Cape Canaveral, Florida. 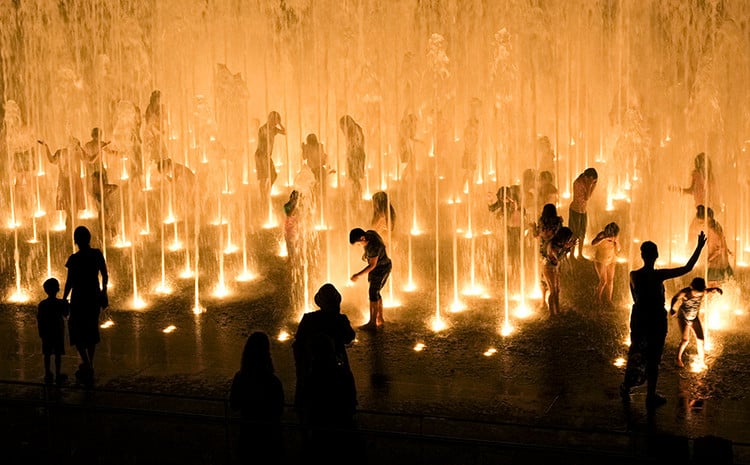 Moments of coolness and relaxation in a fountain in the Old City of Jerusalem. Israel and the Palestinian territories have been under the influence of a heat wave for the past week, with temperatures reaching 40 degrees in Jerusalem and 45 degrees Celsius in the Jordan Valley.

London, England: Another farewell to the 'people's princess' 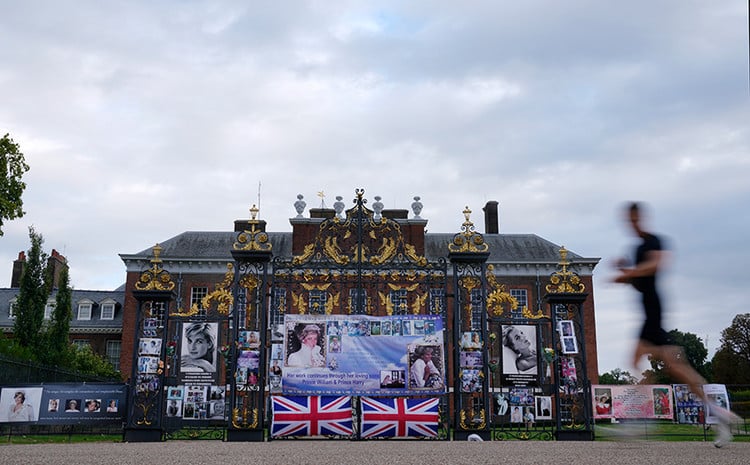 Portraits of the 'people's princess' Princess Diana are on display at the gates of London's Kensington Palace to mark the 25th anniversary of her death in a car crash in Paris.

Beijing, China: The definition of 'well protected from coronavirus' 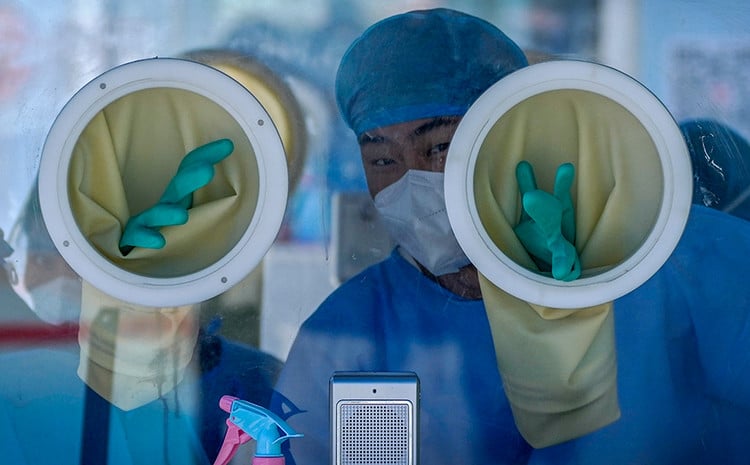 A team of medical staff in protective gear looks out of a coronavirus testing area near the China International Fair for Trade in Services (CIFTIS) venue in Beijing.

Moscow, Russia: The final farewell to a true leader 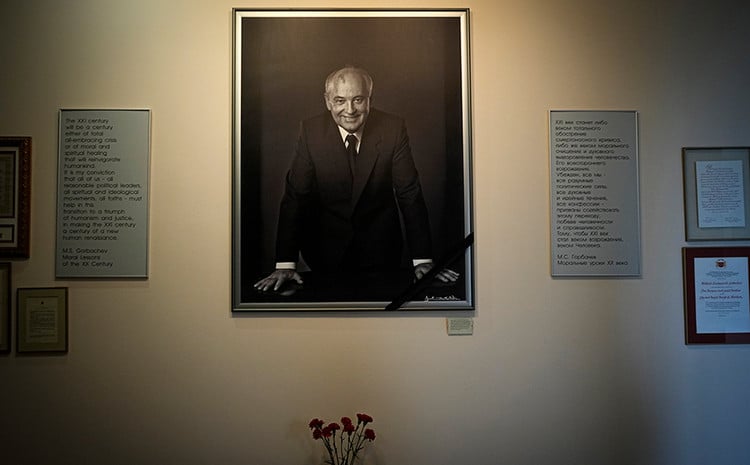 A portrait of former Soviet Union President Mikhail Gorbachev and flowers are placed at the headquarters of his foundation, a day after his death, in Moscow. The death of Mikhail Gorbachev, the last leader of the Soviet Union and for many the man who restored democracy to then-communist European nations, was mourned on Wednesday as the loss of a rare leader who changed the world and for a time gave hope for peace between superpowers. 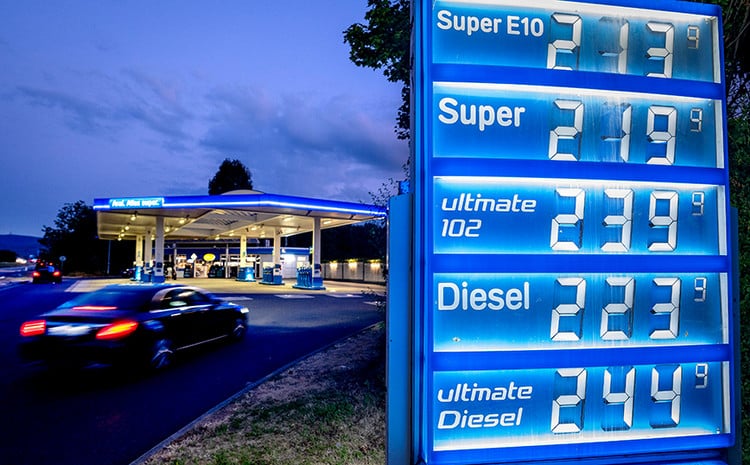 Fuel prices are displayed at a gas station near Frankfurt, Germany, the day after the coalition government's high energy relief package expires. 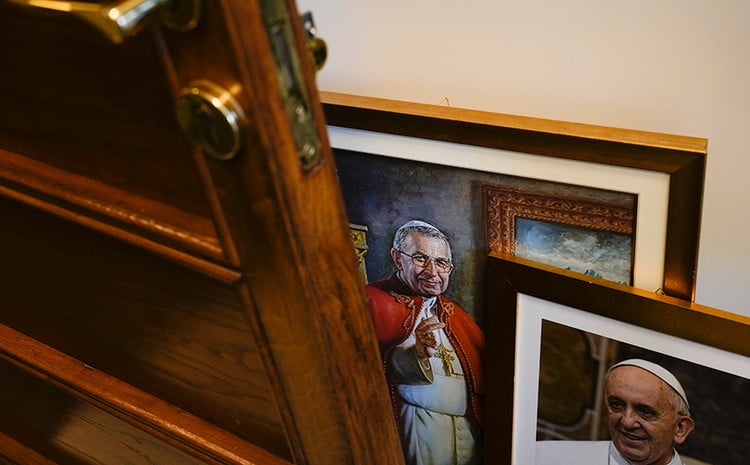 Portraits of Pope John Paul I, left, and Pope Francis, sit behind the door of an office where documents and personal letters and writings belonging to the late John Paul I are kept, in the Vatican. John Paul I is widely remembered not so much for his life as for the dark circumstances of his sudden death, 33 days after his election as pontiff in 1978. Today, fans of the so-called "smiling pope" are using his impending canonization to focus on his achievements rather than the intrigue surrounding his death at age 65. 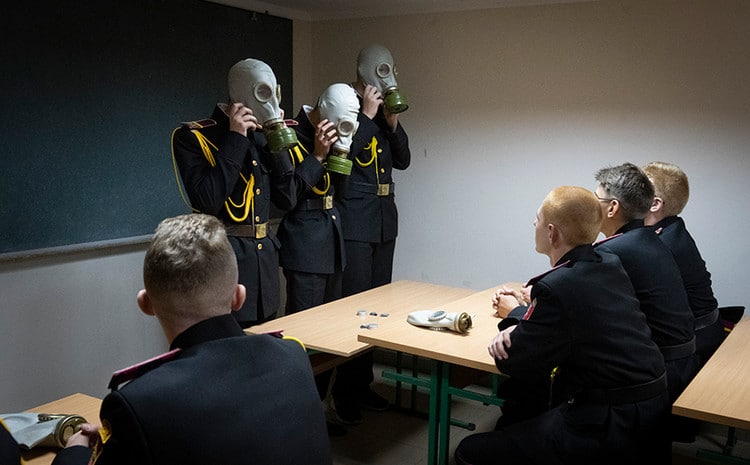 Cadets practice an emergency situation during class in a bomb shelter on the first day of school at a cadet high school in Kyiv, Ukraine.

Santiago, Chile: "No" to the new Constitution 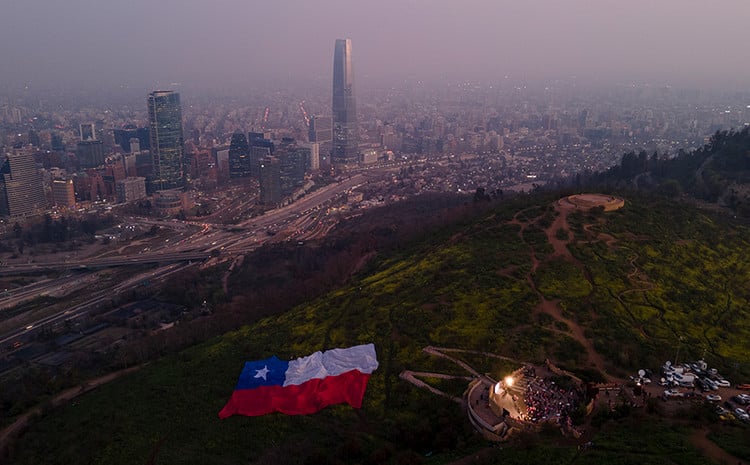 Demonstrators at the Pablo Neruda Amphitheater opposing the proposed new Constitution in Santiago, Chile. Chileans have until a Sept. 4 referendum to study the new plan and decide whether it will replace the current Magna Carta that was imposed by a military dictatorship 41 years ago.