100-year-old grandmother in Australia arrested at her birthday party

Jean Bicketon wanted to experience conception before she died 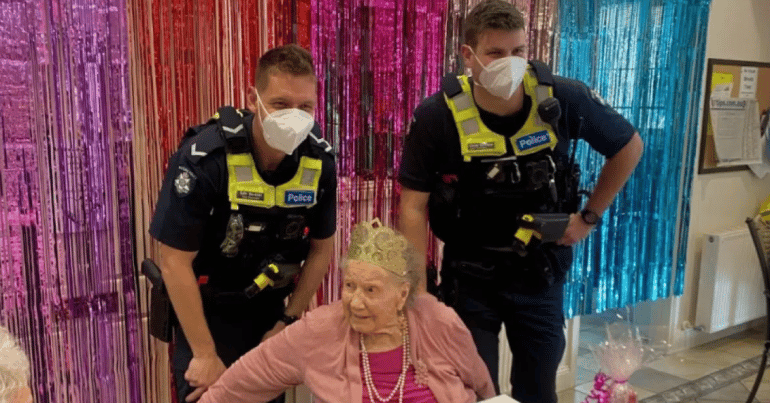 Η JeanBicketton from Australia, belongs to the second category, as he wanted to see what it's like to be arrested by the police. Something the authorities were informed about Victoria and they said to help her live it…

So, on the day of the party for the Her 100th birthday, a patrol car with two men and a woman, visited her home to arrest her.

In fact, they made sure to make it as realistic as possible, even turning on the sirens.

The former nurse, although… resisted at first, then accepted her arrest.