The main problems found in the Paralimni High School were presented by the principal Mr. Kyriakos Panagiotou together with teachers during the planned visit of the Parliamentary Education Committee to schools in Famagusta District 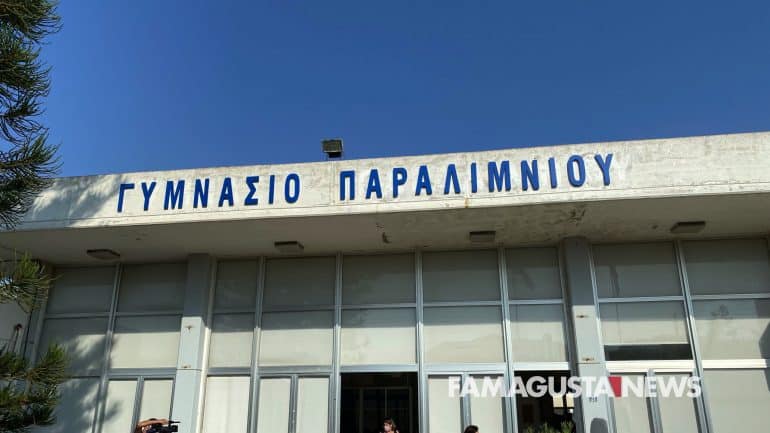 The principal problems found in the Paralimni High School were presented by the principal Mr. Kyriakos Panagiotou together with teachers on Friday, September 30, during the planned visit of the Parliamentary Education Committee to schools in Famagusta District.

The number one problem, as they mentioned, is the large increase in immigrants and foreign language students, while the need to build a second high school in the Paralimni area is also found among the problems.

The school has 654 students who are divided into 29 classes, three of which are classes for students with an immigrant background. These three departments have a large number of students as a result of which they do not have the desired results in their progress.

In total, the school has 210 students whose parents both come from other countries.

Specifically, their origin is from 25 countries.

The school's secretariat is staffed by two female curators who are burdened with an excessive workload and work many hours outside of working hours in order to carry out their work. The fact that the school has a very large number of students and teachers, as well as a variety of educational programs, creates a large amount of work for the secretariat (announcements, correspondence, filing, accounting work, public service, records of absences, grades, issuing performance reports, diplomas, certificates , etc.) while this year the four-month exams are also added.

The high school of Paralimni with 654 students is, apart from the others, also very large in terms of buildings, with the result that there is a need to strengthen it with another cleaner. Specifically, with the end of the reconstruction, 10 more classrooms will be added and the five cleaners who are working now already have a heavy workload.

Security issues due to rebuilding

With the reconstruction of the school, there are problems for the safety and health of the students such as

Need to build a second high school in the Paralimni area

The reconstruction of the school will solve the building problems presented today. However, it will not solve the problem of school overcrowding while there will continue to be mobile classes.

According to the Director of the school, Mr. Kyriakos Panagiotou, the problem will be solved definitively only with the construction of a second High School, as proved by the thorough investigation of the Paralimni school tax office, in the Paralimni area that will serve students from Agia Napa and the sports high school. If this decision is not taken in time, in a few years with the increasing trend shown in the registration of native children with an immigrant background, we will find ourselves in very difficult situations, he said.

Taking into account all the above, the immediate construction of a second high school in the Paralimni area that will serve students from Ayia Napa and the sports high school is required, as well as the adherence to the schedules of the anti-seismic reconstruction of the school to temporarily solve the current problems.