Germany: Syrian doctor on trial for crimes against humanity 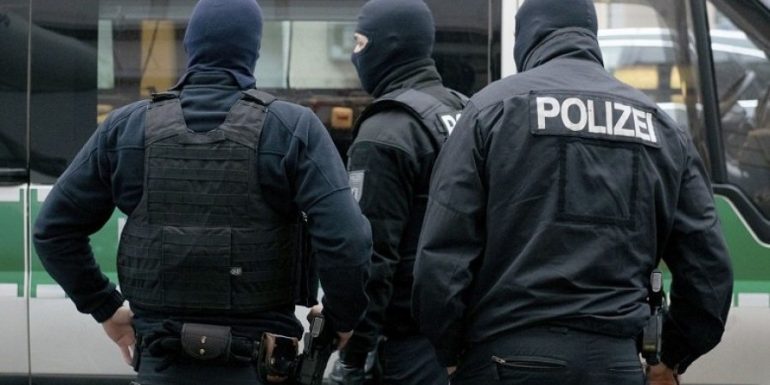 Alaa M. is accused of torturing detainees and killing at least one dissident of Syrian President Bashar al-Assad's regime: the Syrian doctor, who also works in Germany, is on trial in a Frankfurt court for crimes against humanity.

He was arrested in June 2020 in Hesse and charged with 18 counts of torturing dissidents and killing one detainee.

For all these charges, the federal prosecutor's office accuses him of "crimes against humanity", based on the principle of universal jurisdiction. Using this principle, which allows a country to prosecute perpetrators of serious crimes regardless of nationality and where they were committed, Germany last week sentenced a former Syrian army colonel to life in prison.

Alaa M., who denies the charges against him, allegedly committed these crimes in two military hospitals in Homs and Damascus. His actions demonstrate, according to opponents of the Assad regime, the use of these hospitals in the context of the suppression of the uprising.

He is being tried in the Frankfurt district court and is in danger of being sentenced to life.

The doctor also worked at the Syrian Army Intelligence Service prison from April 2011 until the end of 2012 in Homs, a stronghold of the Syrian opposition.

After hitting a detainee with a globe, the doctor then "injected him with a deadly substance (…) from which he died within minutes," according to the Karlsruhe prosecutor's office.

The doctor allegedly made the injection "to prove his power and to quell part of the uprising of the Syrian people," the indictment said.

The doctor also allegedly threw alcohol at a teenager's genitals during the summer of 2011, the year of the uprising in Syria, and then set him on fire in the emergency room of the Homs military hospital. He then told his colleagues that he had discovered "a new method" of torture.

The dissidents he suffered suffered blows to the head, chest, genitals, wounds. The doctor is also said to have restored a broken bone without anesthesia, to have thrown an antiseptic containing alcohol in a wound, before setting it on fire, according to the information gathered by the German justice.

The doctor left Syria in 2015 to go to Germany thanks to visas issued by Berlin to Syrians who practiced professions in which there was a shortage of staff, such as doctors. Alaa M. was an orthopedic surgeon and worked in many German hospitals before being recognized by Syrian refugees.

When he was arrested in June 2020, he was working at a rehabilitation clinic in Bad Vildungen, a hot spring resort in Hesse. His colleagues were unaware of his past.

Prosecutors in Karlsruhe consider Alaa M. an ardent supporter of Assad, who confronted dissident "cockroaches" and participated "without suspicion" in suppressing them.