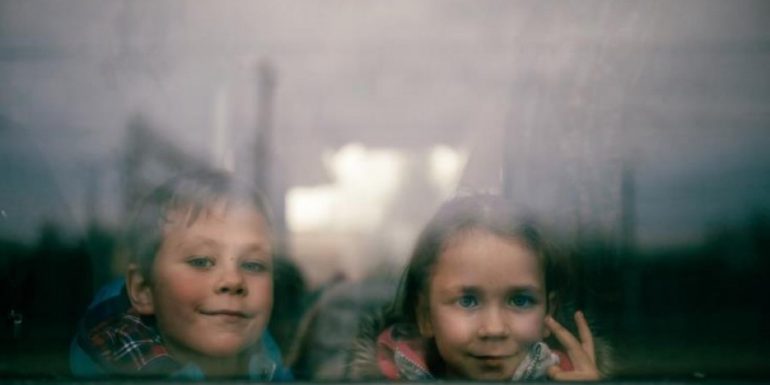 The culmination of the war in Ukraine is having an impact on the international press. The Western press is worried about Moscow's next moves in Ukraine and the future treatment of Moscow by the West. Moscow's moves also concern the West's allies in Asia, who are approaching the new data on the international scene from their own particular point of view. The Chinese and Indian press, with its publications, sheds light on the cautious and neutral stance that Beijing and New Delhi are trying to mobilize in the Ukrainian Crisis.

The concern of the western press is at its peak

"Did Putin believe that before February 24 he was not in a position to invade (Ukraine)? No. The West has spent 22 years calming down Putin. "The devastation of Ukraine is the fruit of this effort," wrote Bret Stephens in an article entitled "This is how World War III begins," which was published March 15 in the New York Times. Comparing the current international situation with that of the outbreak of World War II, the columnist warns of escalating tensions: "If (Putin) uses chemical weapons or develops a nuclear weapon on the battlefield, he will have to lose more than you could possibly gain? The answer to the question is self-evident: It will prevail quickly. It terrorizes the West. It consolidates its power. How (then) does the next world war start? In the same way that the previous one started ".

Roger Boyes's article "The Strong Stumble into Oblivion", published on March 15 in the "Times" in London, is also of a warning nature. The columnist approaches the possible outcome of the war in Ukraine from a different perspective, the future that awaits political leaders with authoritarian tendencies. "Putin is faltering now and it is time to recognize that the era of the strong man is coming to an end. "Once Putin's gone, when his bloody war is over, his apprentices around the world will have to check that their yachts are in safe harbors," said Boyes. that strong men understand that their time is running out. Ukraine must be considered the last crazy act of a dictator. "And on every continent, societies need to take a closer look at their own little Putin."

The French press is concerned about the way in which, in the new era, France and the European Union are called upon to handle its relations with Russia. Characteristic is Isabelle Lasserre's opinion article, entitled "Emmanuel Macron of the Russian dream in the reality of Putin". An article published in the French newspaper Le Figaro on March 15 on the one hand criticizes the French President for the illusions he brought in the previous period about the prospect of improving the dialogue with Russia. On the other hand, it focuses on how Paris could handle the Ukraine issue. According to the French columnist, in the past, Emmanuel Macron wanted to "connect Russia with the West because he was convinced that Russia is in fact a European country." Mr Macron, driven by this goal, overestimated the potential of his government. Mr Macron understood his illusion only at the last moment of the crisis in Ukraine and then toughened his stance on Russia, while maintaining open channels of communication with the Kremlin and with the support of Berlin. For Mrs Lasserre, in the new term, in the event that Mr Macron is re-elected to the presidency of his country, much will have to change in French foreign policy. In order to deal more effectively with Russia and other burning issues, Mr Macron is called upon to involve the French parliament more actively in managing foreign policy issues and to establish a strong leadership in the French Foreign Ministry.

The British service of "Deutsche Welle" focuses, on behalf of the West and NATO, on the task of military management of the new Russian aggression. "No one knows how close the Kremlin may be to the use of chemical or nuclear weapons," warned Teri Schultz in an analysis published March 15 entitled "What would Russian weapons of mass destruction mean for NATO's red lines?" The analyst, seeking an answer to this crucial question, resorts to the view of various scholars. Ian Bond, director of foreign policy at the Center for European Reform, argues that in the event that NATO is attacked "with weapons of mass destruction (WMD), it can respond with its own weapons of mass destruction, nuclear weapons." Veronika Vichova, deputy director of the Prague-based European Center for Security Policy, believes that NATO must "recognize the possibility of a WMD attack not only on Ukraine but also on an ally."

The two camps of Asia

The Chinese press, following Beijing's diplomatic line, sends the message that hostilities in Ukraine should end an hour earlier through diplomatic mediation, which will take into account the sensitivities and concerns of all sides, both Ukraine and its allies. as well as Russia. "The conflict has already claimed the lives of hundreds of people, injured thousands more and forced more than 2,5 million Ukrainians to flee their country, resulting in the most devastating humanitarian crisis in Europe since World War II. "There is an urgent need to end this as soon as possible," the China Daily said in a headline in a March 14 article entitled "Talks to End Conflict Must Be Supported." Criticizing the United States and Britain on the grounds that their latest moves do not contribute to a diplomatic solution to the problem, the paper emphasizes: "It is China's firm position that sanctions are always part of the problem and not part of it. solution. "(Beijing) will continue to talk to various parties to try to de-escalate the situation and keep the window open for talks."

Different from Europe's stance is India's position in the Ukraine crisis. The English-language newspaper "The Hindu", on the subject of "Bharat Natyam" in Indian diplomacy "published on March 16, puts under its microscope the neutral diplomatic stance that India is trying to take in the Ukrainian Crisis. Referring to the recent UN vote to condemn Russian aggression, former Indian diplomat Rakesh Sood said: "The Indian government has chosen to abstain, based on an assessment of its core interests. Our abstention leads to a gray area. It can either be considered a sign of weakness or create space for diplomatic maneuvering. In the case of Ukraine, the West should be pleased that India abstained, as it may have expected India to oppose Western proposals given New Delhi's traditional ties with Russia, and Russia should also to feel satisfied with India's abstention, because perhaps he expected New Delhi to give in to Western persuasion. "

The Chinese and Indian press may support their countries' "neutrality" in the Ukraine Crisis, but the same is not true of the Asian press, which has close ties to the West. Typical is the case of the Japanese newspaper "Asahi", which focuses on the Ukrainian Crisis with a headline entitled "Japan must establish ties with other nations to defend the rule of law" published on March 14. "Russia's recent invasion of Ukraine has left the world with the enigma of maintaining peace and security amid global instability. The problem has serious implications for Asia, with many flashpoints including the Taiwan Strait, the South China Sea and Kashmir. "Japan's diplomacy, which has long advocated universal values, including the rule of law, is facing a serious test," the report said. nations of Asia and the Pacific, including Pakistan and Vietnam, abstained from the recent UN vote. This shows that the position of these countries is vulnerable. "Tokyo must convince Beijing and other countries that the stability of Asia, the driving force of global economic growth, serves the interests of the international community."