"With the superhuman efforts of our Coast Guard, we prevented deaths in the Aegean," said the Turkish president 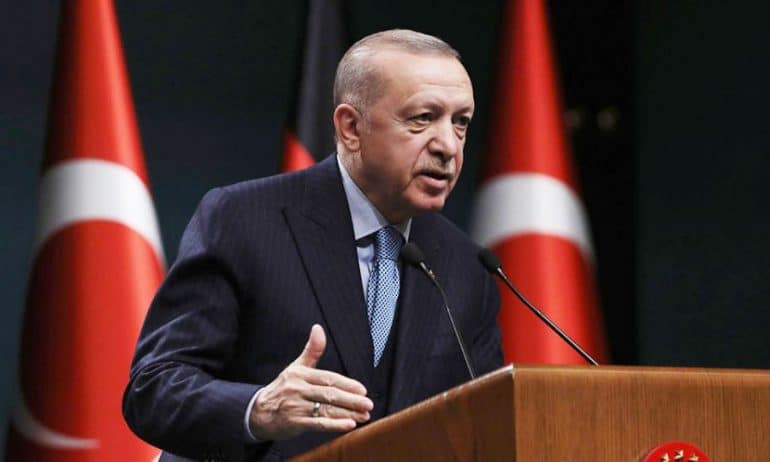 On Monday, Turkish President Recep Tayyip Erdogan made new provocative statements against Greece regarding immigration, speaking at the Graduation Ceremony of Officers and Non-Commissioned Officers of the Gendarmerie and Coast Guard Academy.

"With the superhuman efforts of our Coast Guard, we prevented deaths in the Aegean," said the Turkish president.

"In the last two years we have prevented the death and saved the lives of 41.000 people, mainly women and children whose inflatable boats were sunk by Greece and left to die," he added.