She was found guilty again in a corruption case, two years after her first conviction was overturned by the Supreme Court. 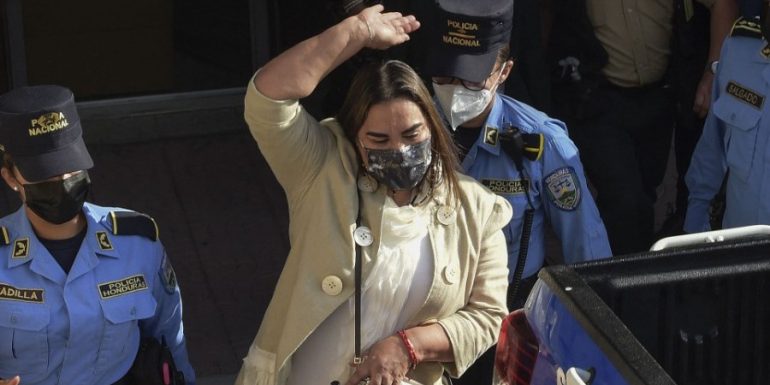 Rosa Bonia, the wife of former Conservative Honduran President Porfirio Lombo (2010-2014), was found guilty again in her corruption case, two years after her first conviction was overturned by the Supreme Court.

"For the second time (…) criminal charges have been proved for abusing millions in the presidency of the Central American country," the office of the Attorney General of Honduras underlined yesterday, Thursday.

Ms. Bonia will be sentenced on March 28.

The former first lady was sentenced to 58 years in prison in September 2019. She was found guilty of transferring 12 million lebras (approximately US $ 488.000 at the current exchange rate) from the first lady's office budget to her personal account on the day of her husband in the presidency.

However, in March 2020, the Supreme Court annulled the decision against Ms. Bonia, due to procedural errors and omissions, ordering a new trial. Four months later, the 55-year-old former first lady was released after exceeding the prescribed limit - two years - in prison.