War in Ukraine: After the invasion, Putin is over - Every day a victory for Ukraine, says analyst

Michael Clark said sending troops to occupy Kiev was "stupid" and could be a "Putin climax" that would eventually lead to his downfall. 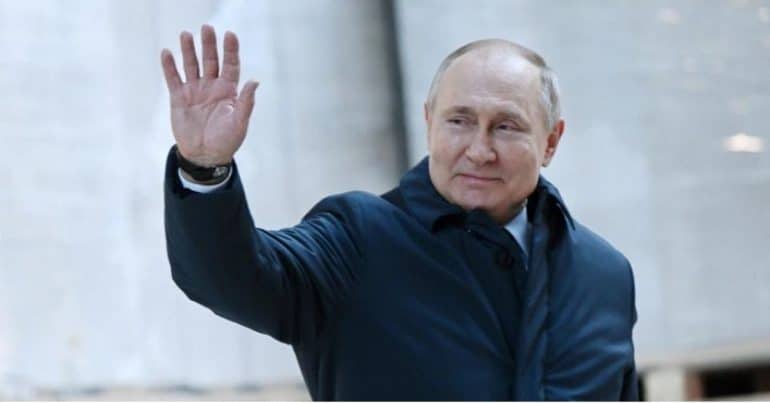 Michael Clark said sending troops to occupy Kiev was "stupid" and could be a "Putin climax" that would eventually lead to his downfall.

It rages for the eleventh day the war in Ukraine after the Russian invasion. Negotiations between the two sides continue in Belarus but on the battlefield the Russian bombing does not stop.

Ukraine, on the other hand, claims to have inflicted heavy casualties on the invaders, with the Ministry of Defense claiming that it has neutralized more than 11.000 soldiers, about 290 tanks, 1.000 armored personnel carriers, 46 planes, 68 helicopters and 117 guns by Monday morning.

None of these numbers have been independently verified. THE Russia has acknowledged that it has suffered casualties, but gave a death toll of 500 last week and has not updated it since.

Ο Vladimir Putin could be "finished" with the invasion of Ukraine, after devaluing the military, social and economic resistance of Ukraine, as estimated by the British military analyst, professor Michael Clark.

As he said speaking on BBC radio, Michael Clark stated that the deployment of troops to occupy Kiev it was "stupid" and it could be a moment "Putin's climaxWhich would eventually lead to his downfall.

In particular, speaking on BBC Radio 4's "Westminster Hour" show, the experienced professor stated that "every day the Ukrainian government is still functioning and standing "It's a political victory for her and a political defeat for Russia."

"It's a completely impossible scenario that Putin has set for his military, it's a huge strategic mistake, which by the way has now become a political crisis in Russia. This is Putin's peak. After that, however, it is over. We do not know how much time you will needi, it may be a few years or it may actually be quite fast. But there is no way out that's why it's a huge, huge mistake on his part. "

Professor Clark added: "Putin for various reasons became obsessed with Ukraine and tries to use it as a lever of pressure to restore the entire European security architecture since the end of the Cold War. "It's completely foolish on his part."

Yesterday the highest military Governor of the United Kingdom stated that the "decimated" forces of Vladimir Putin could lose the war in Ukraine. Admiral Sir Tony Radakin said Russian troops were "in chaos" and the invasion "it did not work well».

Yesterday's comments are the most optimistic estimate so far for how the conflict can end - but it came to another gloomy day, with Russian forces firing on families fleeing the fighting.