Andravida crime: The perpetrator's confession is shocking - "They did not pay the rent"

The 60-year-old's confession is shocking 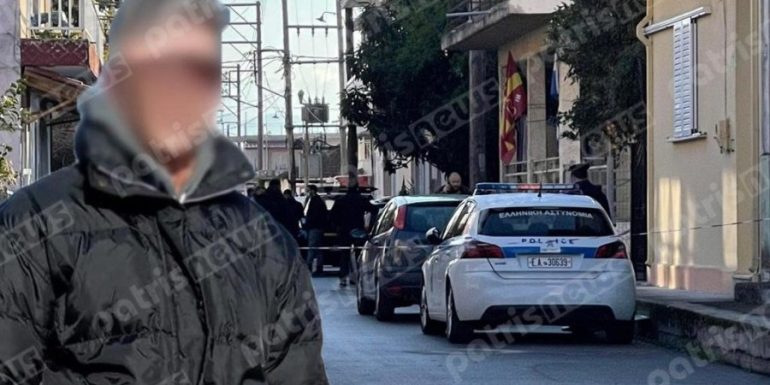 The perpetrator of the brutal quadruple murder that took place on Wednesday in Andravida will be brought before the prosecutor tomorrow morning. Earlier, he confessed to the police of the Security Directorate of Ilia, his horrible acts.

Earlier, he confessed to the police of the Security Directorate of Ilia, his horrible acts. At the same time, the confession of the 60-year-old is shocking, who according to patrisnews.gr, allegedly told the police, confessing the crime that he did it because "they did not pay his rent". The perpetrator is a resident of Andravida, father of two children, and owner of the house where the family lived.

Residents' testimonies speak of a man who had shown extreme behavior many times in the past. In fact, as it became known, the 60-year-old had previously shot a fellow villager without any real reason.

The perpetrator was located late on Friday night, driving a blue truck, on the Patras Perimeter Road, at the height of Pampelonnisiakos, he fell on one of the blocks set up by the police to locate him. The 60-year-old was arrested without any resistance.

Until dawn, he was interrogated by police officers of the Achaia Police Directorate, where according to information, he did not admit his horrible acts. Early this morning, he was transferred to the Ilia Police Department, where he finally confessed to his heinous crime.

The testimony of the 12-year-old's friend is shocking

At the same time, the testimony of the friend of the 12-year-old boy in the "Patris" newspaper, who was together at the time of the horrible discovery, is shocking.

"We went for a walk in the afternoon and at some point we went to his house together to get something he wanted. He knocked on the door, but no one opened it. And he tells us to wait for him to come in through the window. Suddenly he tells me "hurry up, come in, something has happened to my mother". I enter through the window, we look for the house and we see the baby in the crib and we thought he was sleeping. Then we saw blood in the room where the parents slept. But we did not see the other members of the family in the house. "Then I went out and my friend came out holding his brother, who had bright red marks on his neck and blood in his mouth."

The biological father of the 12-year-old who survived the massacre also went to Andravida, in order to take him with him to Athens where he lives and works.

He executed the parents, drowned the children - Horror from the forensic report

In the meantime, the forensic examination on the bodies of the four members of the family from Andravida, who were murdered inside their house last Wednesday, was completed on Friday afternoon in Patras.

As the head of the forensic service of Patras, Angeliki Tsiola, told the Athenian-Macedonian News Agency, "both the body of the 32-year-old father and the body of the 37-year-old mother had head injuries from a short-barreled firearm."

Regarding the two children, aged three and two respectively, Ms. Tsiola told APE-MPE that "the cause of death of both is suffocation by blocking the outer openings of the airways", while regarding the time of death of both four members of the family, said that "from the time of the first autopsy at home, that is, at about 9:30 last Wednesday night, it was about four and a half to five hours from the time of death." DNA traces have also been sampled in order to use this information to identify the perpetrator.