Tackling high energy prices on the agenda of EU leaders 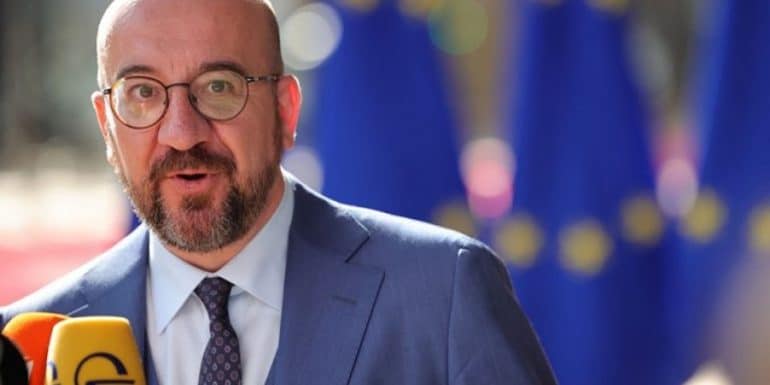 The informal summit takes place in Prague under the Czech Presidency of the Council of the EU.

In particular, the President of the European Council refers in the letter to the "dramatic impact on the energy situation in Europe" that the war in Ukraine has and adds that "our primary objective is to ensure that we guarantee security of supply and accessible energy for households and our businesses, especially as the cold winter approaches."

As he adds, "we will assess the decisions already taken in this direction and provide guidance on the further actions needed to ensure a well-coordinated European response."

Leaders will also consider the best ways to address challenges in the wider economy, he points out. "Our main concern is to tackle high prices for households and businesses, support growth and jobs and protect the vulnerable who suffer most from high energy bills," he says.

Mr. Michel describes the Kremlin's latest actions as "irresponsible steps of escalation" as it "has organized a national campaign of military mobilization, sham and forced 'referendums' and the illegal annexation of areas of Ukraine."

He underlines that in the face of Russia's threatening rhetoric and developments, the EU must remain united, and adds that during the meeting the leaders will discuss how they will continue to provide economic, military, political and financial support to Ukraine as long as needed.

Mr. Michel recalls in his letter that during the June European Council the leaders of the member states held "a strategic discussion on the relations of the European Union with its partners in Europe" and agreed to launch the European Political Community "with the aim to bring countries together on the European continent and provide a platform for political coordination', at a time when the fallout from Russia's invasion of Ukraine affects EU countries on multiple fronts.

As reported, the leaders will have the opportunity to discuss issues such as "peace and security, the economic situation, energy and climate, and migration and mobility", however there is not expected to be an "official written result", meaning that no conclusions will be issued .

The program of the European Political Community meeting will start with a plenary session at 13:00 (local and Cyprus time), followed by simultaneous round table discussions until 16:00. The leaders will have time for bilateral meetings from 16:00 to 19:00 and the meeting will conclude with dinner.