The "Dracaena of Mani" which was the definition of "deadly woman" 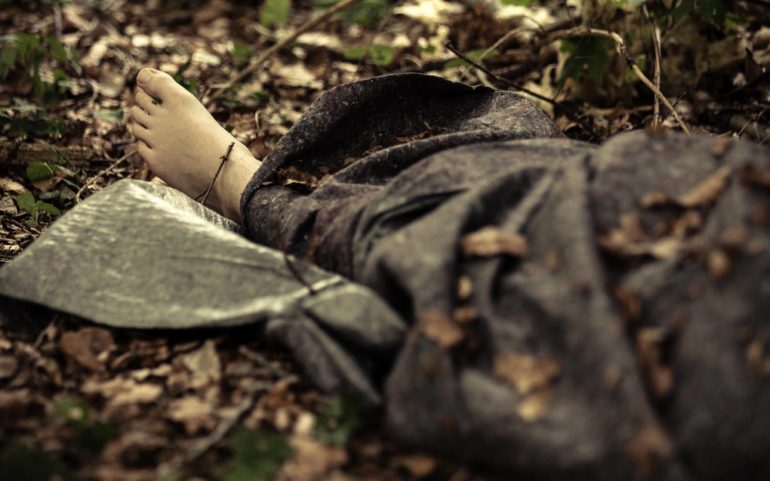 It was the summer of 1996 and the country was in the summer solstice of August when suddenly the news of mass murder of a family by a man in Thassos would shock society for many years.

The story of Theofilos Sechidis and the murder and mutilation of the bodies of his parents, sister, uncle and grandmother remained in the history of the crimes that shook the whole of Greece. Like his statement "I killed so that they would not kill me first".

Sehidis' case, however, was not the first of its kind in the country involving the murder of a family member. In the early 60's a woman in Neochori of Messinian Mani was exactly what Westerners refer to as a "deadly woman".

The "Dracaena of Mani"

The case of Aikaterini Dimitreas has a lot in common with that of Theofilos Sechidis. The main thing, however, is that no one will ever know if their allegations of continued abuse by their family were such a violent circumstance that it led them to overcome the "point of no return" or product of their imagination.

Dimitrea was a divorced woman who suffered from hemiplegia in her left leg and arm and was raising her daughter alone. Their living conditions were extremely difficult as they tried to make ends meet with a monthly welfare allowance in a closed provincial community. 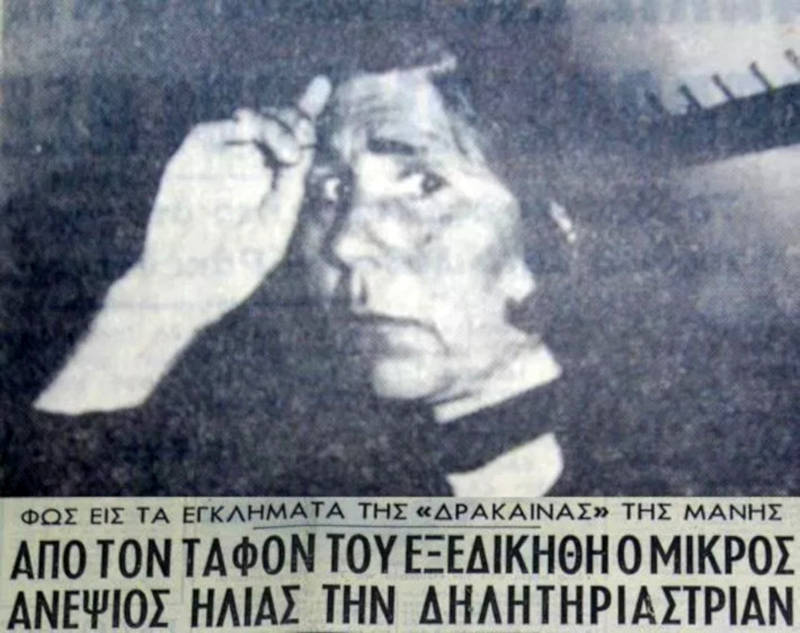 The point of no return for Dimitrea was May 1962. At the age of 42, she crossed the red line of homicide. When the authorities managed to catch her, her shocking admission is indicative of her mental state:

"My mother was constantly torturing me and my brother was taking me away and beating me. I was poor and my husband abandoned me and I had to live with my little girl, but everyone treated me hostilely. They told me to leave the house, so I took revenge on them. Everyone hated me, they wanted my bad… "

"I put parathion in the spaghetti to make them more delicious"

Η δράση of Ekaterini Dimitrea lasted 3,5 months. It started on May 27, '62 and ended in early September of the same year.

The beginning was made with her mother. Dimitrea "medicated" the 8-year-old Stefoula Dimitrea after she threw parathion in the spaghetti he served her. The old woman almost froze on the floor of the house with unbearable abdominal pains and after a crisis with convulsions.

The elderly woman had chronic heart problems and her death was attributed to a heart attack. Doctor Sakelaridis, who was rushed to the house, certified the death of the woman from a heart attack, a fact that was considered normal since the victim was facing heart problems.

"I threw parathion in my mother's spaghetti to make them more delicious," she said in a statement to the Acropolis newspaper on September 13, 1962

In mid-July and her "Dracaena Manis", As reported by the press of the time, struck again. Using the same means, he poisoned the 40-year-old cousin of Tsiligonea, 40, by throwing her parathion in her coffee. Although the victim died of the poison, during the previous seizures it seems that she suffered a skull fracture after falling to the floor, which led the medical examiners to attribute to her the causes of her death. 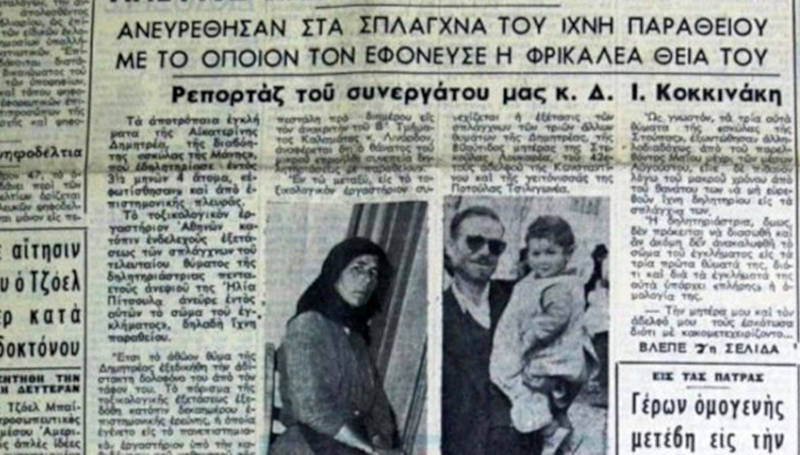 Dimitrea waited just a few days to kill her brother. In fact, two attempts were needed for the assassination of Constantine Lucareas. His sister offered him coffee with parathion. Leaving the house, Loukareas feels intense pains in his stomach and falls unconscious on the street. The villagers, who find him by chance, take him to the hospital of Kalamata, where he undergoes immediate gastric lavage. Examinations revealed that Lucareas was suffering from bile.

After ten days in the hospital, Lucareas visited his sister's house again. This time Dimitrea did not use the coffee. She made eggs which she poisoned and served to her brother. Lucareas fell dead within minutes on the floor of the house.

"I put it in my brother's eggs poison "to see how good a cook I am!", he commented in the newspaper.

The last and fatal victim

Dimitrea did not hesitate to kill even her 5-year-old nephew, Elias Pitsoula. One month after his last murder, he offers a Turkish delight soaked in parathion.

A few minutes after eating the cake, the little boy faints and starts foaming at the mouth. During his transport to the hospital he leaves his last breath.

The death of a 5-year-old child in this way could not be justified. The suspicions of residents and authorities turned to the connecting link of all deaths: Aikaterini Dimitrea.

The suspicions are confirmed after the examination of the last victim by the medical examiner who informs that the 5-year-old boy suffered poisoning.

Thus, on September 10, the perpetrator confessed her crimes to the gendarmerie officers, saying only that "they had to die because I was abused" although "I did not want to hurt anyone but my brother". After the confession it indicates the point where it has hidden the bottle with the parathion but also another bottle of mercury, which he originally intended to use.

The two failed attempts and the execution in Goudi

During the interrogation, Dimitrea told the police that she had tried to kill her other brother's wife with poisoned chicken, and the day she poisoned little Elias, also 4-year-old Anthoula Thomea, with poisoned pomegranate. They both escaped as they refused to eat at the last minute.

"My mother tortured me and wanted to kick me out of the house, as did my brother. As for Tsiligonea, she promised to expel me, to let me and my daughter die of hunger. […] Why did the doctor who examined them not find anything? " commented, among other things, in the newspaper "Acropolis" on September 13, 1962.

Dimitrea's shocking admission, however, was that in the "forties" of her brother Konstantinos, she intended to make huts and put in them "so parathical that I would poison the whole village".

Despite her allegations of ill-treatment, the most probable motive was considered to be the family property that Dimitrea hoped to inherit, while her confession, according to the prosecutor, was considered to have been made in order to be perceived as insane.

The trial for the case took place on 7-8 May 1963, at the Criminal Court of Nafplio. And he considered that the accused had the brakes on her body and committed the crimes on purpose. Thus, on May 8, 1963, the court sentenced her four times to the death penalty and to 15 years in prison.

Almost two years later, at 5.30 in the morning of April 10, 1965, Dimitrea was executed in Goudi, going down in criminal history as the "poisoner of Mani" and as the last prisoner in the country to be executed after being sentenced to death.