Easter on Mount Athos: The experience of a visitor to the "Orchard of the Virgin"

The joyful sounds of the Resurrection and the festive atmosphere of the following week, as described in Newsbeast.gr 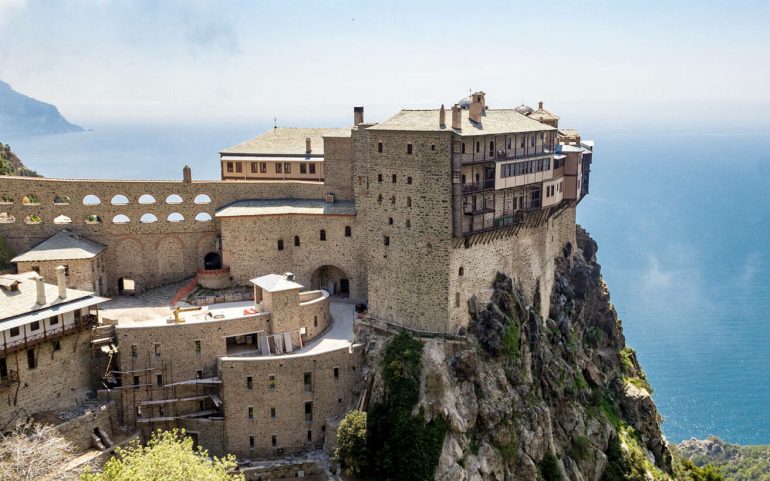 Those who have visited Mount Athos They agree that this is a unique experience, which affects each one in a different way, but definitely intense, which makes the visit unforgettable. And there are many who are not limited to a single visit to the "Orchard of the Virgin", taking care to renew her appointment.

Awe, ecstasy, mysterious atmosphere, a unique experience that brings the visitor closer than ever to God. A program strict in its observance and so different from that of the secular life, which, however, reminds you that the beautiful and the important are in the few and the simple. The insignificant things of secular life on Mount Athos are gaining importance and this is one of the many lessons that your visit to the Athonite Peninsula offers you.

Whatever time of year you are on Mount Athos, it is worth it. But, those who have found his days Easter, agree that they had a unique experience, a different Easter from the one we celebrate in the "outside world". 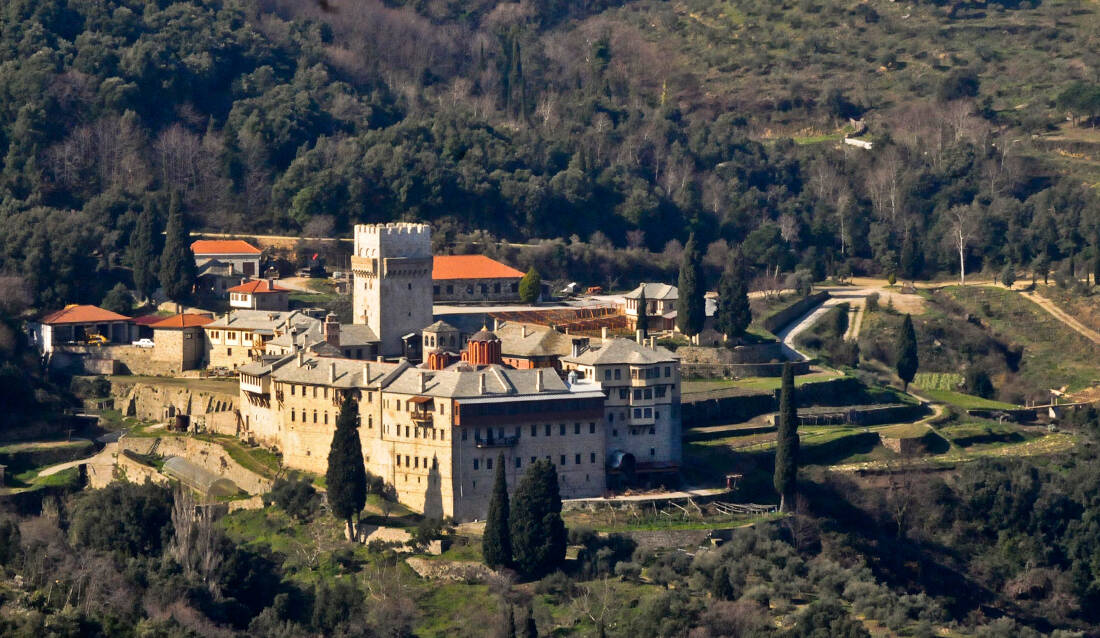 In the "Orchard of the Virgin" there are no sparklers, noises and dances. The atmosphere is extremely all-encompassing, while the message of the Resurrection accompanied by joyful sounds, vagina laurels thrown by the abbot to monks and visitors. A unique experience, however, is the week following Easter.

But because it is better for someone who has experienced it first hand to describe the whole atmosphere to you, Dimitris Pagkas shares in newsbeast.gr, his own experience on Mount Athos. In fact, he is one of the regular visitors, since he makes sure to visit it every year. He would have done the same this year, but coronavirus, overturned his plans.

As he initially explained to us, in order to enter the Athonite Peninsula, one needs to have the "accommodation", which approves the entry and accommodation, while determining the rules that you must accept and follow during your stay in it.

At Mount Athos, the Byzantine hour is followed, that is, the time of sunset is midnight, which is why the services begin after midnight. For example, he tells us, "when they start at 2 in the morning and the sun goes down at 6, it's like we start at 8". After all, as Dimitris emphasizes meaningfully, "time loses its meaning". 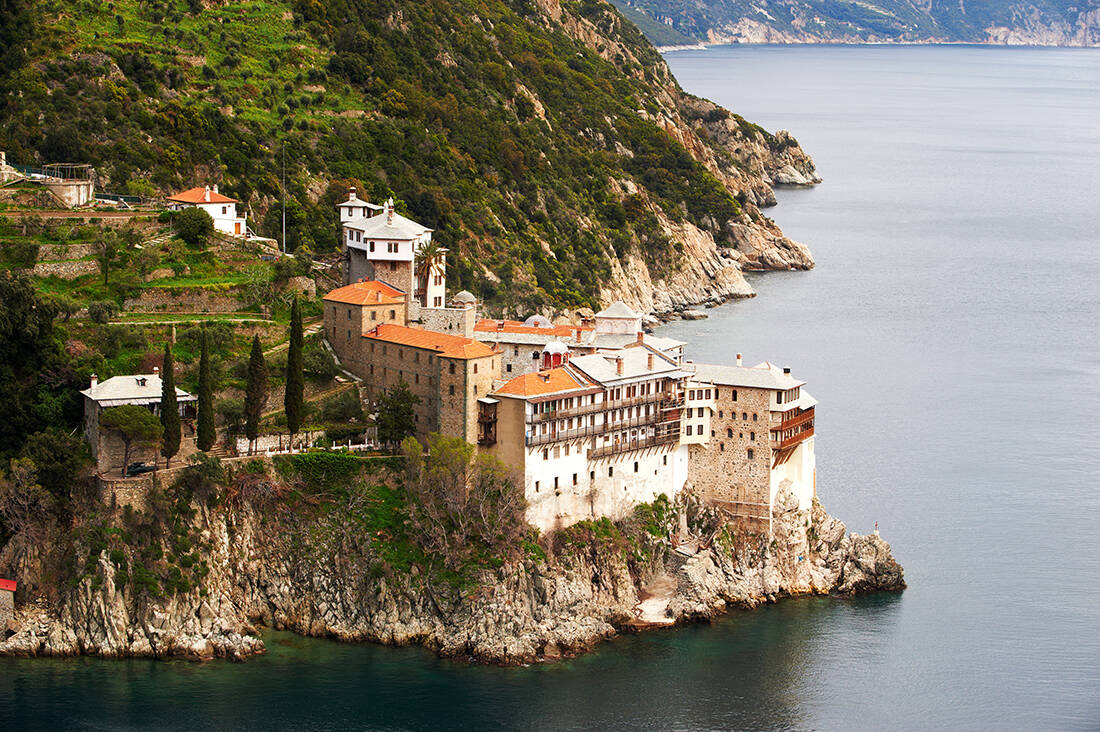 In fact, he remembers the words that a monk had said to him during one of his visits: "What are the 80 years we live in front of eternity?".

"The Renewable Week, that is, the week after Easter, has a brilliant character," he tells us. The night of Holy Saturday begins with the Feast, so the sequence is called before the Resurrection, followed by the ceremony of the Resurrection, after Orthros and the divine liturgy. All the sequences, both the specific one and the daily ones, have a longer duration than the parishes.

At the end of the service, a "table" is served, ie food, to the monks who attend the service and to the faithful, while food is distributed to the monks, who did not attend due to weakness.

At Easter and Renewable Week all food is allowed to catalyze, he tells us. But he explains that "the meat we have outside, for them is fish. Meat never on Mount Athos ". 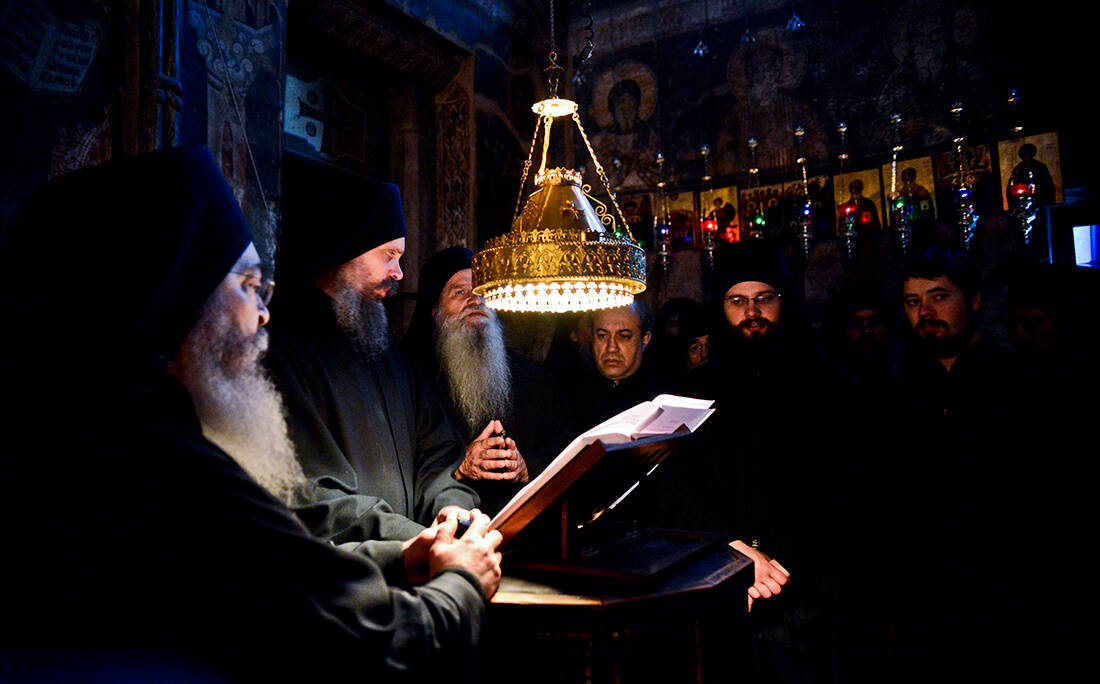 On Easter Monday, in the morning, after this sequence, the procession of the icon of Axion Esti located in Protato begins, so it is said because it is the first church to be built on Mount Athos. And it is located in Karyes, in the capital.

This image, as he explains to us, is highly valued. He walks around chanting - often in the presence of the Politburo of Mount Athos - in the cells of the monks, where Easter treats are offered by the monks who leave them.

On Easter Tuesday the procession of the icons takes place and the other Monasteries continue. The schedule of the daily services does not change compared to the other days, ie the bell means at approximately 2.30-3 pm and ends at approximately 8.30-9 pm. Then there is a table with food as we eat for lunch.

The dining area is large, differently shaped in each monastery. In the background sits the abbot with "high-ranking" elders of the monastery, and after the necessary prayer is said, the meal begins in extreme silence. A monk reads from above psycho-beneficial readings that usually relate to the respective day, bio of a saint, etc. 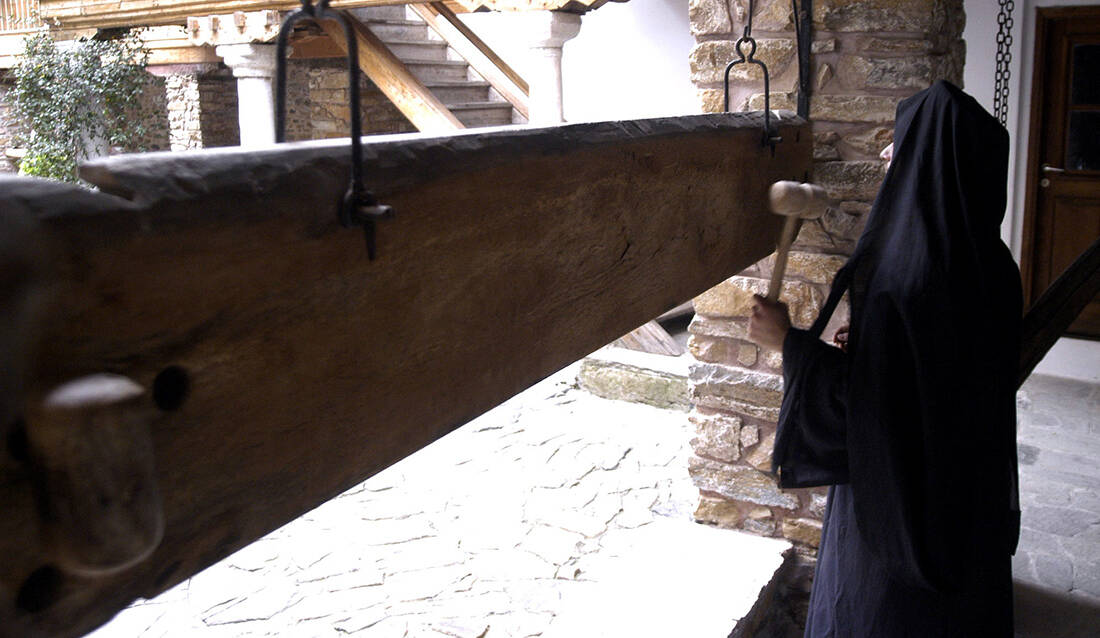 "If someone needs something," Dimitris tells us, "it makes sense from the table, as speech is not allowed." At some point a knock of the glass with a metal object is heard and it means that the attendees can start drinking wine or water. Then a similar knock sounds again which means the end of the meal.

Everyone gets up and a monk passes in front holding a suitable "Virgin Mary" (so it is called) and the visitors take a small piece. "After we leave and the monks go to work, we are guided to sacred relics and holy relics. Some are indestructible, such as the right ear of St. "John Chrysostom, who is called to it, dictated the interpretation of his letters to the Apostle Paul", he tells us. 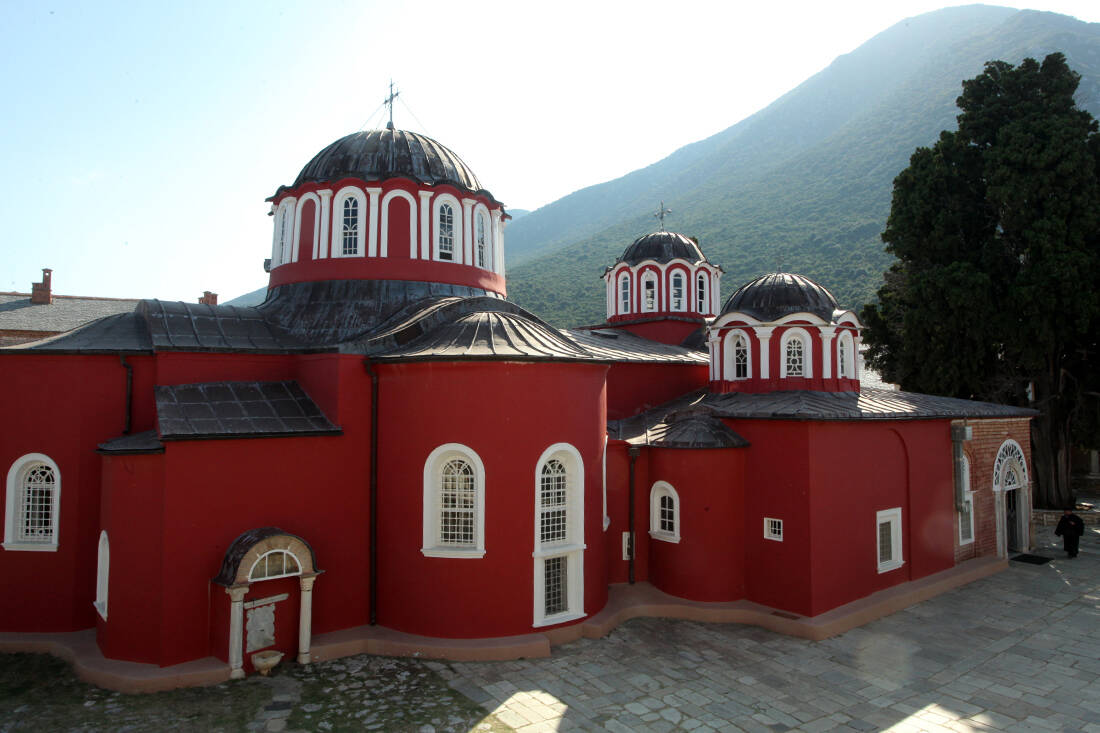 Guests then go to their rooms to rest before continuing the tour. Later, dinner follows and then the evening meal which is essentially the beginning of the sequences for the next day.

As for their movements from monastery to monastery, Dimitris explains that it is done either by van or on foot. "Our movements are recorded in the dormitory and the space in each monastery is not violated," he says.

Also, like many visitors, he points out that the roads are dirt and rugged. The accommodation rooms and the comforts of the pilgrims vary depending on the monasteries.