The instruments started for good in "Farma" 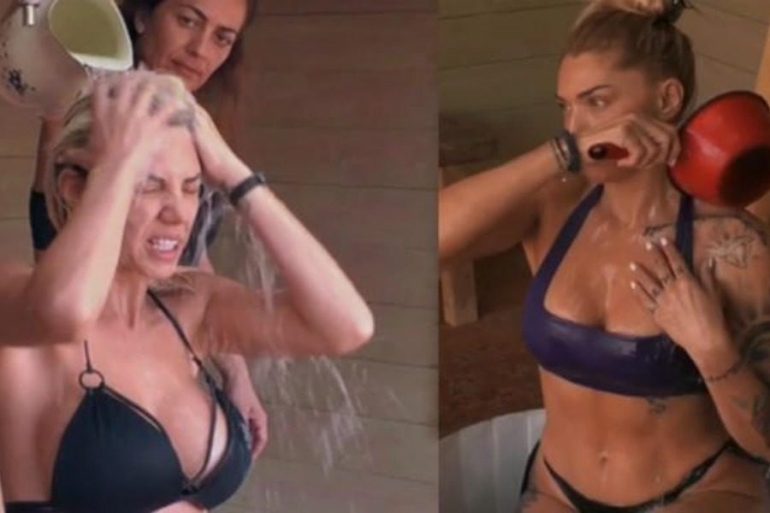 The instruments started for good in "Farma", the survival reality show of ANT1. The bodies of the group threw away their clothes and enjoyed their bath in front of teammates and viewers. The heavy artillery of the game, Sasha Basta and Angeliki Iliadi, gave unique moments to the TV audience and to their teammates when they took a shower wearing the most revealing swimsuits.

Stamatis Gardelis and Konstantinos Koutsavakis watched from afar the two ladies take a bath and did not stop commenting for a moment. In fact, the actor was annoyed when Mary Miliaresi entered his field of vision and cut off his view and asked her to go outside to see better.

But Twitter also addressed the issue and commented on their shapely bodies. Stamatis Gardelis, who was described as "one man show" of yesterday's episode, was also honored by the users.

#HFarma And I was saying: This Airbnb will have some flaws to be so cheap. pic.twitter.com/soIYs6GCwu

It is not humor what the gardener does .. he talks in an unacceptable way for hours in the style of 10000 cardinals as if they owe him in there .. As if he says a lot of fat people who insult people and especially WOMEN (with children) #HFarma

#HFarma The right marketing catches all the target groups pic.twitter.com/H3AWFzOaFT