Article by Andros Karagiannis, Mayor of Deryneia and Chairman of the Sewerage Council of Kokkinochorion 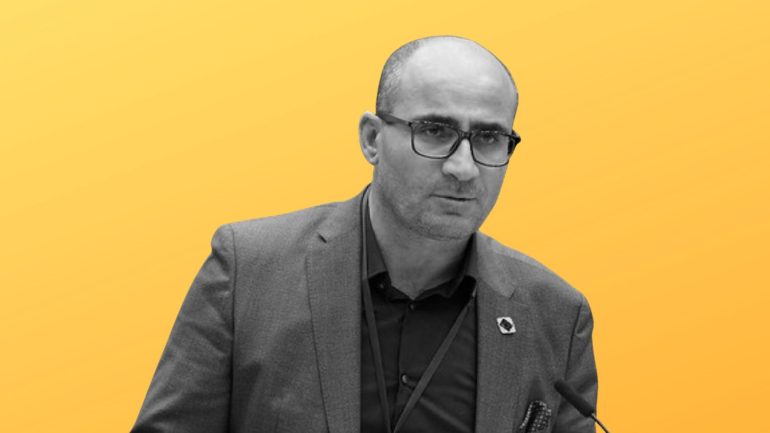 One of the main priorities of the Cohesion Fund Action Plan is the improvement of infrastructure in the field of Environment, Energy and the construction of sewage collection networks, commonly known as the sewerage system.

Two municipalities and eight communities of the provinces of Famagusta and Larnaca, constitute the Sewerage Council of Kokkinochorion (SAK), which promoted, in collaboration with the Department of Water Development (WDD) which is responsible for the implementation of Community Directive 91/271 / EEC in project for the treatment of urban wastewater, with the aim of protecting public health and the aquatic environment.

The project of the Sewerage System of Kokkinochorion includes the construction of 313 km of sewage collection network and a common Sewage Treatment Plant (SEL) in the community of Achna, with a capacity of 10.644 kmXNUMX. per day. Also included are all sewage pipelines and pumping stations from the two municipalities of Deryneia, Sotiras and the eight communities, Frenarous, Acheritou-Vrysoulon, Avgorou, Achnas, Liopetri, Ormidia, Xylotympou and Xylofagou to the water of SELY central recycling system and sludge treatment and disposal system.

The sewerage project of SAK will cost € 80m. around Cyprus as a member of the EU. has an obligation to comply with European directives, receiving the relevant funding from the EU Cohesion Fund. amounting to € 60m. about. The co-financing falls within the framework of the operational program "Sustainable Development and Competitiveness". Part of the contribution to the cost of sewerage projects is covered by the state and local authorities through lending.

The supply and installation of the SAK wastewater collection network began in 2009 and was completed in 10 years. In October 2020, the works on the SEL in Achna started and their completion is expected in about three years. The recycled water will be distributed by 68% and 32% respectively in the communities of Achna and Avgorou, while the construction of pumping stations has been launched in each local authority. Annual sludge production will be applied to approved crops as a soil conditioner.

SAK decided to impose sewerage fees for 2020 and their amount amounts to 4 ‰ of the estimated value of the property at 2018 prices. The usage fee will be imposed on each property that will use the sewerage system to cover its operating and maintenance costs systemic.

Despite the understaffing of SAK, which employs only three people, while three other officials of the Municipality of Deryneia are busy with its current issues, it has launched the construction works of SEL, securing a sponsorship of € 4m. by the Ministry of Interior for the improvement of the road network to the 10 local authorities - members of SAK and the submission of sewerage fees, albeit with a delay, since in other sewerage systems of other areas the tax was imposed ten years before the start of the construction works. We expect that the jobs for staffing of SAK will be approved soon by the Ministry of Interior, since the Offices of SAK have been completed and are housed next to the SEL in Achna.

The benefits arising from the construction of sewerage systems are many despite the suffering and resentment of the affected citizens. The protection of the environment and groundwater resources is a great benefit, as it avoids the uncontrolled infiltration of sewage into the subsoil. In addition, the protection of public health due to overflows, the production of recycled water for agriculture and the enrichment of groundwater aquifers are ensured. The reuse of the mud produced by farmers and stockbreeders but also the use of recycled water contributes to the saving of sufficient quantities of water and / or irrigation water and the treatment of water scarcity.

Cyprus can not lag behind in terms of construction of sewerage projects, which improve the quality of life of citizens, living standards and protect the already polluted natural environment.

Andros Karagiannis, Mayor of Deryneia and Chairman of the Sewerage Council of Kokkinochorion