Lakis Gavalas: "He apologized to me in front of everyone in prison" 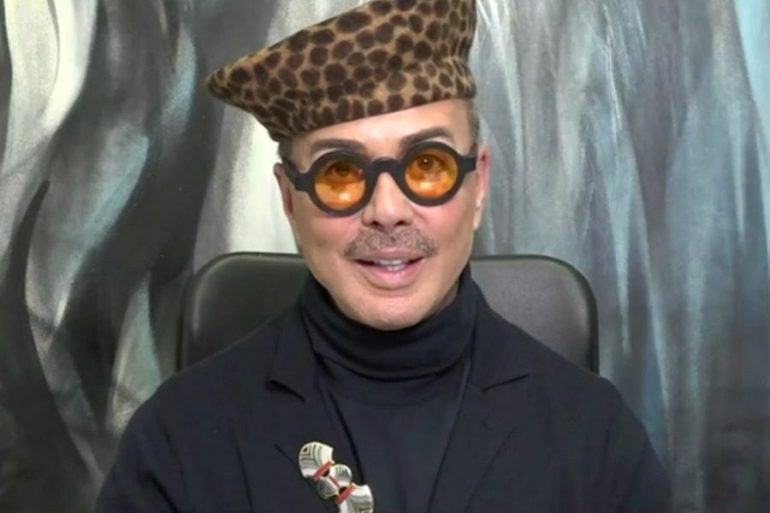 Lakis Gavalas spoke about his career in the field of fashion, his collaboration with Rafaela Kara, his imprisonment and his new television start on the show "Pame Danai!".

"Rafaela Kara… bitch! He wanted to tell her if what she was wearing was nice. I was selected for Rafaela Cara's ballet and taken to Rome, to Cincinnati. After a while I got a lot of promotion for that time. I was very close to Rafaela Kara, I was saying my opinion about the dresses you were wearing. "Most of the time, she was dressed in kitsch for my own standards", said Lakis Gavalas initially.

Lakis Gavalas then said: "I dedicated two of the 365 days of the year to parties in Mykonos. It was the prompt for my foreign guests to get to know the Cyclades. The party that belonged to the Holy Spirit was more for Greeks and was called Welcome Summer. On August 23, 24 I had a Goodbye Summer party. "It was all free, I brought music from Athens, the best DJs played!"

"As a young man I fell in love with a girl who was at work. She was one of the best models. Because she had a deformity in her gynecological nature, she had to have a haircut to correct it. They gave her to do it, but in the end this created an anomaly for her. If I was pregnant, this child would come out with dysplasia. Unfortunately, he had to remove it, after first completing himself as a being. He was 5,5 months old ", added Lakis Gavalas.

Regarding the "prison" chapter of his life, Lakis Gavalas said: "I went to prison like Lakis and left like Mr. Gavalas. Prison is a chapter that reminded me many times of being deprived of various things during the day. They put me in the high-risk wing, which means that because you are known you can provoke the other and attack you. Inclusion creates various things, as in GNTM. The children lock themselves inside and freak out. Of course it sells. I was addressed in prison on the first day. My eyes made a circle, I saw "some people burning" and a corridor opened to pass. I do not discriminate racially, but inside the prison there was an Albanian who kept saying one word over and over. When I learned what that meant, I told him that there was another gender, the female, and that he should respect it especially now that he misses it. The next day he told me in front of everyone "Mr. Gavalas, I apologize a thousand times."

"When I started, there was no intrigue. With the prisons, with the noise, how dude or man I am I took out the book. I always had a slogan: “as long as you are high, you give from your surplus and when you are low, you give from your backwardness ”", Concluded Lakis Gavalas.